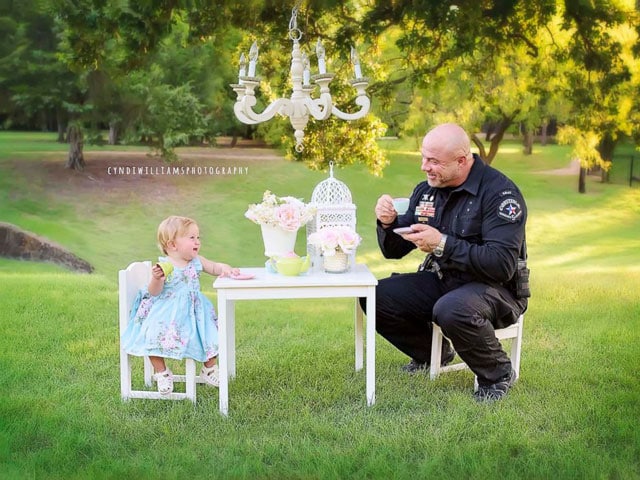 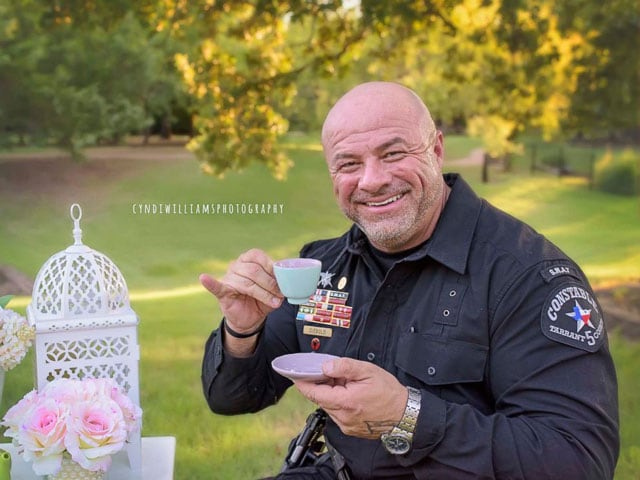 A Tarrant County, Texas, deputy who assisted in the roadside delivery of a baby girl last year recently celebrated the girl’s first birthday with a tea party-themed event.

“She loved clinking her little tea cup with him. They had a bonding moment there for sure,” the little girl’s mom, Destiny Hall, told ABC News. “Mark Diebold, without a doubt, is one of the most genuine, loving, thoughtful and caring [people] we have ever met. He is quick to think of others and we are so blessed to call him friend and family.”

Diebold was on duty last year when Hall went into labor and, on the way to the hospital, Hall’s husband, Caleb, flagged down the deputy. Diebold offered to give the couple a police escort to the hospital in an effort to make the trip a little faster.

“[Destiny] said, ‘Pull over, I’m having the baby,’ and I said, ‘No!'” Caleb recalled last year. “When she told me that it was happening, we were behind Officer Diebold and he had his lights and sirens going. I kind of had a small glimpse of hope that maybe we would make it.”

But they didn’t make it. Instead, the trio pulled into the parking lot of a gas station and, within minutes, the 6 pound 11 ounce bundle of joy entered the world.

After Evelyn’s birth, the family did a photo session with photographer Cyndi Williams and paid tribute to Diebold for assisting with the birth. 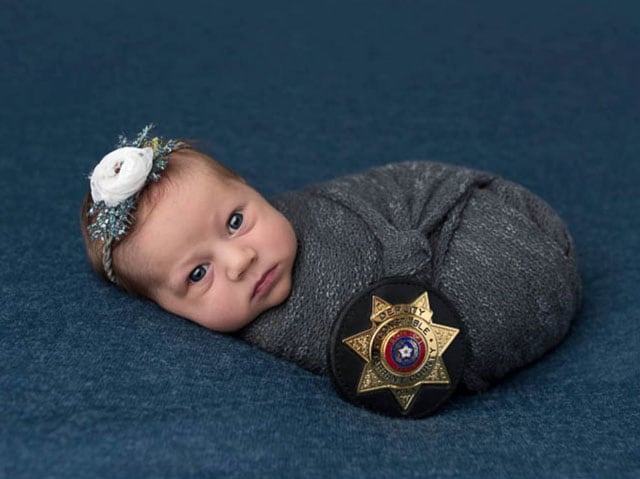 “It was amazing,” Diebold said following the newborn photo shoot last year. “It was heartfelt and it was a big deal. That photo shoot reminded me that [police work] is what I need to keep doing until it’s my time to stop.”

According to Evelyn’s parents, over the last year, Deputy Diebold has become not only their friend, but what they consider a member of their family. In fact, the Hall family calls Diebold “Uncle Mark.”

“Evelyn’s birth has blessed us in countless ways, but our friendship with the Diebold’s is one of the biggest ones,” Destiny said.