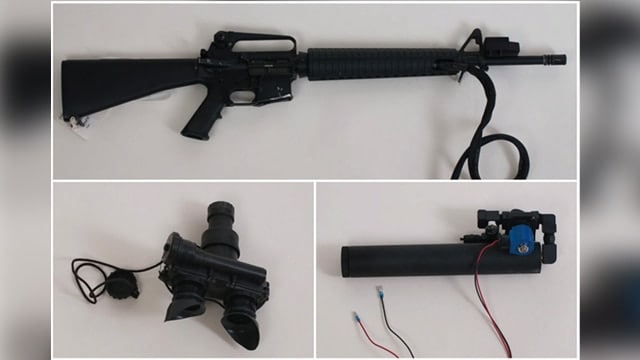 The Department of Defense gave about $1.2 million worth of military equipment to a phony law enforcement agency, according to a new report.

But there’s a twist. The phony agency was actually run by Government Accountability Office investigators who were testing how well the Defense Logistics Agency – an agency within the Defense Department – is prepared against fraud.

Since 1991, the DOD has transferred more than $6 billion worth of excess equipment to more than 8,600 federal, state, and local law enforcement agencies through the Law Enforcement Support Office program. Around 4 to 7 percent of that equipment is “controlled property, which typically involves sensitive equipment and items that cannot be released to the public,” according to the GAO.

The National Defense Authorization Act of 2016 called for a GAO investigation assessing the excess property program.

GAO investigators were able to obtain more than 100 controlled items – those not available for public release – worth more than $1 million. Items included night-vision goggles, scopes, simulated rifles, and simulated pipe bombs, “which could be potentially lethal items if modified with commercially available items,” says a summary of the investigation’s findings.

“As a private individual, we should not have had access to these items,” said Wayne McElrath, the director of investigations in the GAO’s Forensic Audit and Investigative Services team.

GAO investigators found deficiencies in how the agency verifies and approves federal agency applications in the transfer of the controlled items. For instance, DLA personnel are “not routinely requesting and verifying identification of individuals picking up controlled property or verifying the quantity of approved items prior to transfer.”

The GAO offered up four recommendations for improvement to the DLA, including strengthening internal controls for the approval and transfer of controlled items, as well as conducting a fraud risk assessment to set up a new fraud prevention plan.

DOD officials agreed with the recommendations and plans to address them.