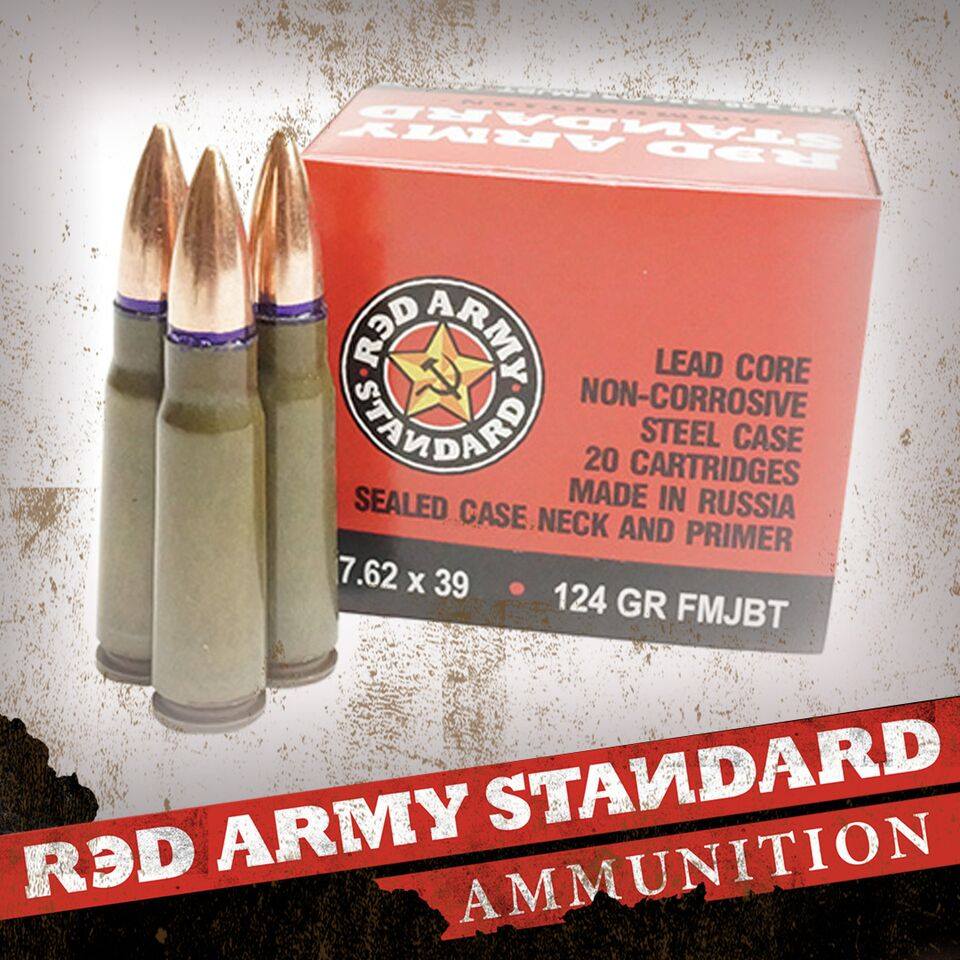 The ammo features a boat tail bullet and sealed neck and primer designed to elevate performance and resist the elements. The new version is part of the company’s efforts to improve performance on the AK-47 platform.

The 124 grain full metal jacket 7.62 is manufactured in a Russian facility that specializes in cartridges for military applications as well as sporting/hunting small arms. The cartridge touts a lead core, non-corrosive primers and a lacquered steel case for smooth feeding and extraction. The bullet’s sealant prevents unwanted moisture from impacting the ammo, therefore making it possible to store long term.

“We are very excited to be able to offer some of the finest 7.62x39mm ammunition we have seen,” Jason Karvois, director of sales, said in a press release. “We have worked very hard to bring this new product to the U.S. market to provide a higher quality option for 7.62x39mm enthusiasts while still maintaining a reasonable price point.”

The Red Army Standard 7.62x39mm distributed by Century Arms is currently shipping to distributors and dealers across the U.S. in 20 round boxes priced at $5 and 1,000 round cases priced at $250.