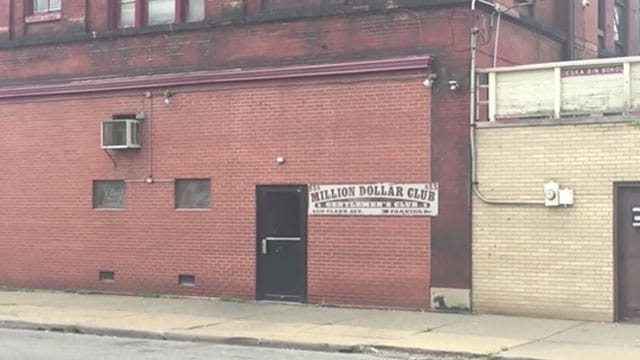 An exchange of gunfire between two suspects and two security guards at a Cleveland strip club last week left one suspect injured and both suspects facing charges.

The incident occurred July 24 around 2 a.m. at the Million Dollar Gentlemen’s Club.

According to the police report, the brawl started after one of the suspects jumped on the stage where a 24-year-old dancer was performing. One of the club’s bouncers intervened to escort the man off of the stage and, at that point, a melee ensued.

Eventually, security was able to subdue the suspects and escorted them out of the club, but on the way out, the 26-year-old suspect allegedly said, “You’re gonna die for this.”

Moments later, the suspect came back with a gun that he retrieved from his vehicle and fired two shots at one of the security guards. The security guard returned fire, then went back inside and locked the door.

However, the second suspect, who is 34 years old, fired several additional rounds while still outside, and a second security guard returned fire from inside the club.

The suspects then fled in their vehicle, but were located by authorities a short time later at a local hospital where the 34-year-old suspect sought treatment for a gunshot wound to the stomach.

Authorities found the 34-year-old suspect in possession of cocaine and PCP. He also had more than $500 in cash.

Both suspects are facing charges.