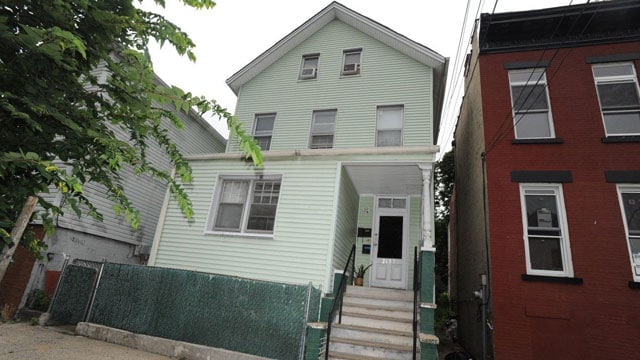 The Bronx home where the deed was done, or rather, not done. (Photo: Sam Costanza/New York Daily News)

A 72-year-old man is facing multiple charges for shooting his 28-year-old wife inside their Bronx home Thursday morning after she revealed she was no longer satisfied by either his pocketbook or his performance in bed.

Clarence White told authorities did not intend to actually shoot his wife, Dominique, he only wanted to scare her. Nonetheless, he faces charges for attempted murder, assault, harassment and weapons possession.

The couple, who have been married for about three years and have a daughter together, were engaged in an hours-long argument leading up to the shooting. During the argument, Dominique apparently told Clarence that he needed to get out of their house, so Clarence went to gather his belongings.

Clarence admitted to authorities that things had been tough between the couple since he lost his job.

While packing his things, Clarence said he grabbed a .22-caliber pistol from the nightstand and placed it in his pocket. Once he had his belongings all together, he headed to the door to leave, but decided to talk with his wife one last time in an attempt to smooth things over.

It was during their final conversation that Dominique revealed, in addition to her being sour over his loss of income, Clarence no longer satisfied her sexually. After that comment, Clarence whipped out his pistol and shot his wife in the right cheek.

Clarence then apparently called 911, got his wife a towel, and attended to her as instructed by the 911 operator.

Dominique was transported to a local hospital where she was initially listed in critical condition.