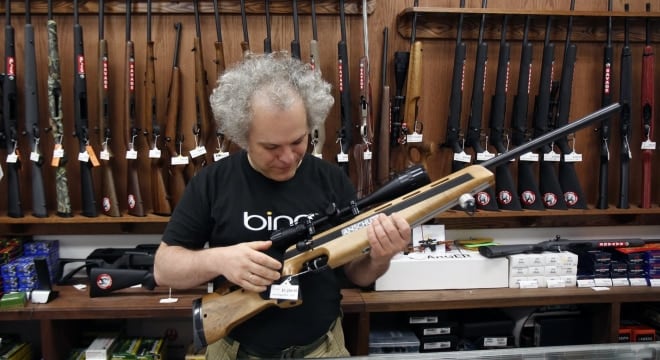 A judge on Friday found in favor of a quest by a gun magazine to get Washington’s largest city to disclose just how much revenue a controversial tax on firearms and ammo has garnered.

Workman and SAF filed suit last September after the city did not provide documents asked for in a public records request on revenue generated by the tax in the first quarter of 2016.

The 2015 measure, which placed a $25 assessment on each modern firearm and up to 5 cents on each round of ammunition sold by retailers in the city, was billed as Seattle’s solution to the $17 million in medical costs from gunshot victims at the city-underwritten Harborview Medical Center in 2014.

However, it has failed to generate the revenue forecast by its supporters. The measure was expected to garner as much as $500,000 and while the city has sandbagged efforts to find out just how much it produced, Seattle City Councilman Tim Burgess, who promoted the move, said earlier this year the tax generated was “under $200,000.”

In a statement, Alan Gottlieb, SAF’s executive vice president, said the city will have to pay a token fine — $377 — but is also on the hook for legal costs and attorney fees as well.

“On top of that, the city has lost tax revenue because one major gun dealer has moved out of the city and another has reported considerable sales losses,” Gottlieb said. “That is tax money the city will never realize.”

The owner of local gun shop Outdoor Emporium, Mike Coombs, told KOMO News his sales have dropped by a quarter since the tax was implemented and, while he supports gun safety, says, “we believe that this tax is unfair.”

The controversial tax was one of the factors cited by Fox Business show “Kennedy” host Lisa Kennedy Montgomery earlier this month that made Seattle a “socialist hellhole.”

The city is expected to release the full figures in the next few weeks. Gottlieb’s group, as well as the National Rifle Association and National Shooting Sports Foundation, are still locked in an ongoing legal action opposing the tax itself.