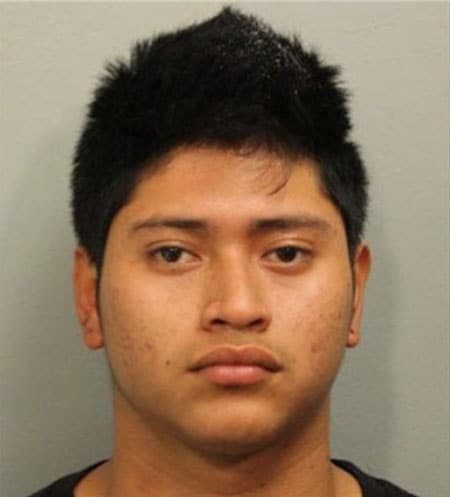 A known gang member who was wanted out of Texas for two separate murders was captured by local and federal agents in Falls Church, Virginia, Saturday morning.

According to the Texas Department of Public Safety, Herrera-Hernandez’s arrest was a joint effort between the Federal Bureau of Investigation, U.S. Immigration and Customs Enforcement, and Texas DPS, along with the Houston, Arlington, and Fairfax Police Departments. The arrest occurred around 11:30 a.m. as Herrera-Hernandez walked down the street, Fox News reported.

Herrera-Hernandez faces capital murder charges for the June 2016 slaying of a 16-year-old boy at a park in Missouri City, as well as the July 9 murder of 26-year-old Kevin Alvarez, who was a documented member of the Mara Salvatrucha gang, more commonly known as MS-13.

According to the Houston Police Department, the teen was killed after witnessing several gang-related murders. Alvarez was found dead from multiple gunshot wounds outside of an apartment where, according to a witness, Herrera-Hernandez would frequently purchase drugs. That same witness told authorities that he heard gunshots and saw Herrera-Hernandez shoot Alvarez.

Herrera-Hernandez, who is an El Salvadoran national and in the U.S. illegally, is also a known member of MS-13, which has been dubbed “the worst of the worst” by Houston Police Chief Art Acevedo.

“They are brutal,” Acevedo said of the gang. “They’re ruthless. They will kill without blinking an eye.”

Last month, Acevedo announced a plan to form a specialized unit aimed at fighting violent crime, which, he said, is often the result of local gangs.