From obsolete to trendy: The second coming of roller locked firearms 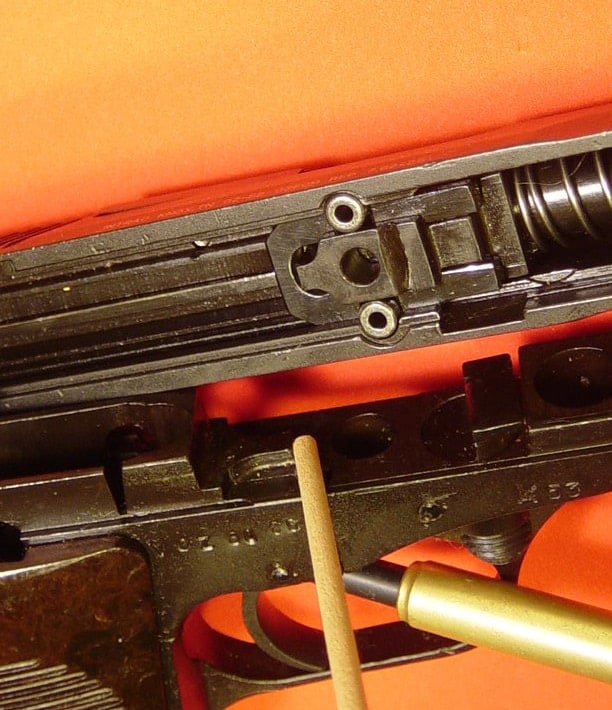 A rolling locking mechanism on a CZ firearm that’s similar to a system used by Heckler & Koch. (Photo: WikiCommons)

The meteoric rise and fall and subsequent revival of the iconic roller locked carbine mirrors something out of a classic tale. After becoming nearly obsolete in the 1990s, roller locked firearms have entered a second wave of popularity, introducing a whole new generation of gun owners to the unique design. But what has caused the reinvigorated interest in the quirky setup and what does the future hold for roller locked guns?

It’s important to first understand how roller locked differs from direct blowback guns. Unlike direct blowback, in which the force of expanding gases push the bolt rearward at the same time the bullet is traveling forward through the barrel, roller locked uses the concept of delayed blowback. In a roller locked design, the roller locking mechanism holds the bolt closed for milliseconds longer than in a direct blowback to bring the chamber pressure down to a safe level before the gun comes out of battery. The result is a decreased mass of the bolt group assembly with a smoother operation.

Joe Stoppiello, founder of Dakota Tactical, compared the two systems during a phone interview with Guns.com. “If you can imagine doing a cross desert Baja race and sitting in the passenger seat that’s your direct blowback gun. If you can imagine going 160mph in a Mercedes down the Autobahn, that’s your roller locked gun,” Stoppiello said. “You can put a MPX and a MP5 in the hands of a novice shooter and I bet it’d be fair to say they’d be more accurate with the MP5 because it’s a smoother shooting gun.”

The roller locked design originated with German Mauser engineers who fled Germany after WWII. The most notable design to come out of this era was Heckler & Koch’s MP5 — which enjoyed a boom in the 1980s due to the gun’s “cool factor” in popular culture paired with an importation ban that made every big kid want what they couldn’t have. 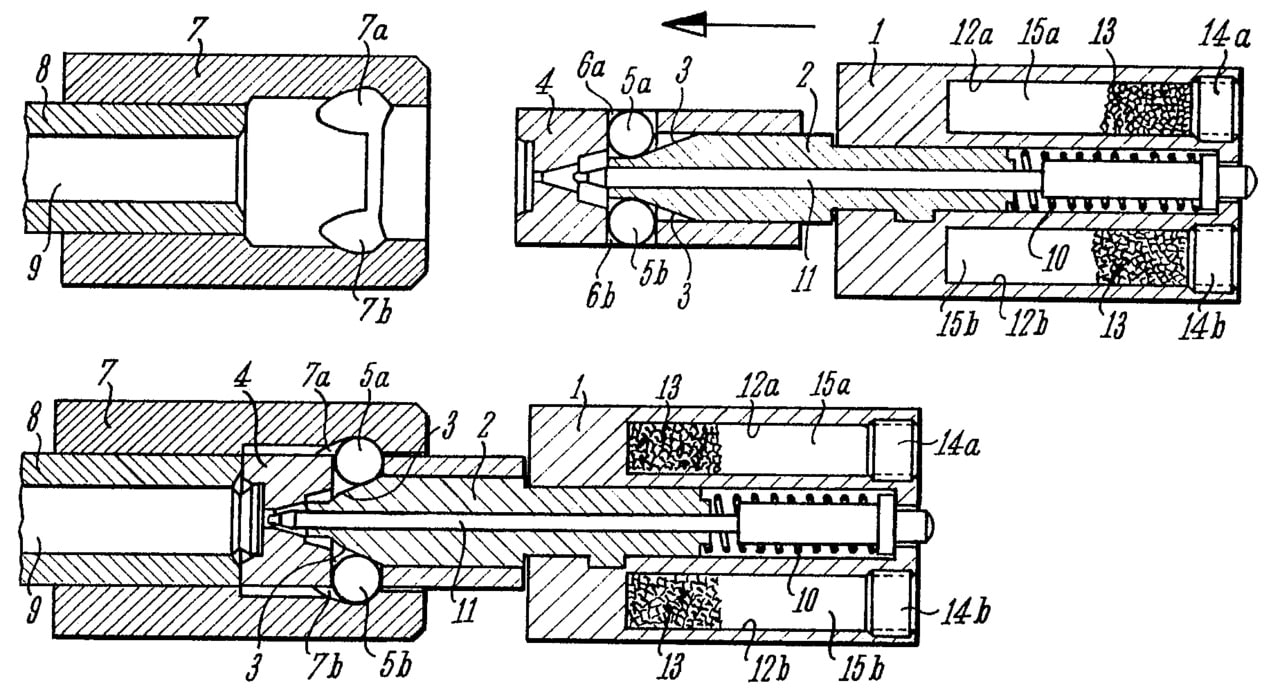 A schematic of the roller-delayed blowback mechanism used in the MP5 submachine gun. (Photo: Wiki/USPTO)

“People have the Die Hard movie mentality of when they were kids and John McClane stormed the tower with a MP5,” Stoppiello said. “Once the guns were banned from importation of course everyone wants what they can’t have. Everyone wanted them again but you couldn’t have them. The collector’s market for these guns went through the roof at that point.”

Stoppiello said the demise of popularity occurred in the 1990s when U.S. made manufacturers began introducing U.S. versions of the roller lock system that weren’t up to snuff. The guns proved unreliable, often jamming, and more importantly were overpriced. As with most facets of the industry, custom builders, such as Dakota Tactical, began to slowly emerge to combat the quality issue but another problem lurked under the surface — price.

“(Dakota Tactical) essentially, not to brag, rewrote the story behind U.S. made roller locked guns. Once that happened people started coming out of the woodwork and people started buying them. Problem is they were still expensive. Back then, even though we were producing them, you were still $3,000 deep in a gun,” Stoppiello said.

With $4,000 to $5,000 for a German conversion or $3,000 for a custom built gun, the investment was still too great for many consumers. Then in comes Zenith, who flips the whole game on its head by offering mil-spec roller locked guns at an affordable price.

“Now everyone can have their MP5 and buy it at a price that is not going to get them divorced,” Stoppiello said in jest.

Now, 30 years after roller locked’s last bout of success, the design is gaining steam once more in the industry. Roller locked connoisseurs HK and TPM Outfitters alongside Dakota Tactical all reported an uptick in sales in recent years.

Matt Sidley of TPM Outfitters, told Guns.com in an email that demand has been high as of late. “We have seen a much higher demand for our specific products. The fear of how the election was going to turn out pushed us to the extreme, then post election has us getting very busy converting existing platforms like HK SP5K’s and older pre-ban HK 94’s and SP89’s We are building the MP5SD suppressors at triple of what we were doing last year at this time with more entry level priced MP5’s coming to market,” Sidley said.

HK introduced the new SP5K roller locked gun last year to decent success with Angela Harrell of HK telling Guns.com that sales are “brisk.” Harrell said the decision to launch the SP5K was the result of increased consumer demand.

“The HK SP89 — from the late 1980s/early 1990s — was a highly desirable HK product and the SP5K is a newer, updated, ‘second iteration’ of the same style of roller-locked pistol,” Harrell said in an email. “The HK roller-locked system is an iconic part of HK history and still a viable operating system —and in widespread production on current HK MP5s. This is the closest a commercial customer can get to owning a Heckler & Koch MP5.”

In addition to the platform’s accessibility and affordability, Stoppiello says another innovation boosted visibility. “I think the (pistol) brace, in my opinion, has made the largest impact for us…the brace was what everyone was looking for,” he said. “Within the last five years you have an affordable, reasonably good quality mil-spec gun that’s readily available and now you have the ability to put a brace on it so it’s still a pistol but can operate like a short barreled rifle.”

Though roller locked makers and fans agree that the system comes with a bevy of small parts and can be finicky at times, the iconic nature of the system paired with an ever expanding portfolio of options has propelled it back into the spotlight it once held three decades ago.

“If the heyday of the roller locked was in the 80s, then we’re in the second coming of that heyday,” Stoppiello said. “We are at the ever increasing pinnacle of accessibility to these guns. You have more selection at a wider range of price point of quality roller locked firearms — more than we’ve ever had in our history.”

He added, “For people that want to get into the roller locked platform there’s no better time to buy than today.”