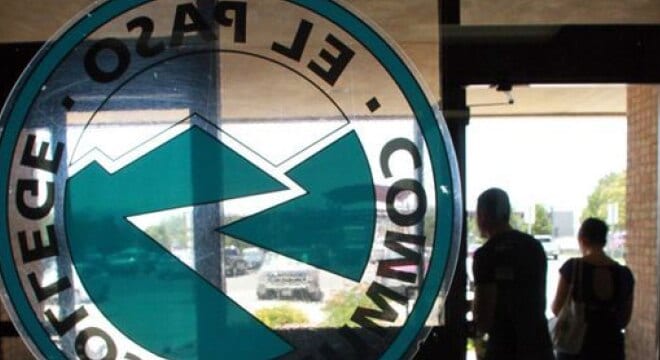 The El Paso Community College system, one of the largest in the state, has been preparing for campus carry for more than a year. (Photo: El Paso Times)

Schools have some control over how they allow guns on campus, with each CEO of a community college, after consulting with faculty and students, able to keep some parts of the school off limits to those with lawfully concealed handguns. Any rules or regulations must be published and areas with enduring gun-free zones, such as offices, day care centers and rooms used for disciplinary or government meetings, marked with signage.

As reported by the El Paso Times, the 28,000-student El Paso Community College system has been busy posting signs and providing extra training to the school’s 40 police officers.

“Anytime there is a new law, it’s our job to be vigilant, to make sure that, first of all, nobody is violating the law,” EPCC Police Capt. Joseph Barragan said. With input from a Gun Free Zone Task Force charged by EPCC President William Serrata last year, the college system has posted their weapon policy online. Among the areas to remain off-limits for legal concealed carry are labs, outdoor playing fields, and testing areas.

Texas Attorney General Ken Paxton last November issued an opinion that community and junior colleges could not categorically ban guns from classes over concerns that dual-enrolled high school students may be in attendance.

Supporters, which included law enforcement lobby groups and Second Amendment advocates, have pointed to the fact that, despite protests and a failed federal lawsuit, compliance costs were far less than expected and there have been few reported incidents in the state’s four-year colleges and universities in the past year involving campus carry.

After requesting data from the University of Texas system, the Austin American-Statesman found the college had only one police response linked to campus carry in the past year– that of a student posing in the school library for a newspaper photo.

“As expected, adult faculty, staff and student License to Carry holders have behaved in the same law-abiding, responsible manner on public college and university campuses as they have everywhere else in the State of Texas for the more than twenty years the carry law has been in effect,” said the National Rifle Association in a statement. “Naysayers’ predictions of increased crimes involving firearms at these institutions have, unsurprisingly, not come to pass.”