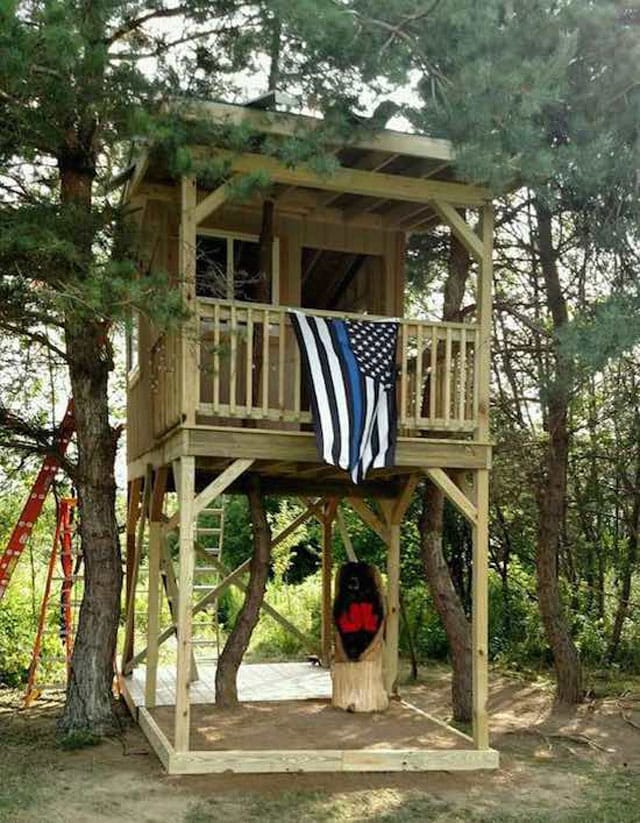 Nearly three dozen law enforcement officers from multiple departments recently spent the day finishing a treehouse that was started by a New York State Trooper before he was fatally shot in the line of duty earlier this month.

The 35 officers – some active, some retired – were from the New York State Police, Jefferson County Sheriff’s Office, and the Watertown Police Department. Some of them were friends of fallen Trooper Joel Davis, who was shot and killed July 9 while responding to a domestic call in Theresa.

Davis left behind a wife and three children, including Jaila, for whom the treehouse was built. Jaila turned 13 years old just days after her father was killed.

The treehouse included windows and a deck with a ladder, and once completed, Jaila climbed up to check out the tree-top view as an American flag with a thin blue line waved in the wind below.

The man accused of killing Davis, Justin Walters, who also killed his wife and injured her friend, was apprehended at the scene and is being held without bail on first-degree and second-degree murder charges.