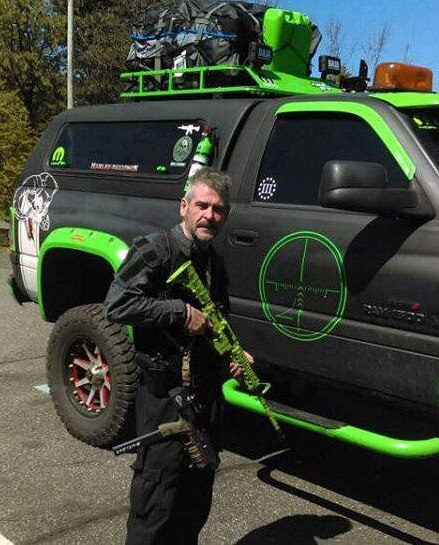 A Pennsylvania man who said he was on his way to save a teenage girl suffering from drug addiction when he was stopped in a truck full of firearms took a plea deal Monday and promised to keep fighting for addicts in need of help.

On the steps of the courthouse, Cramsey vowed to continue to try and help those battling drug addiction, calling the country’s heroin and opioid problem worse than an epidemic.

“This is the plague,” he said. “An epidemic, you’ll find a cure for eventually. A plague kills everything in its path.”

The activist found his calling after his daughter died from a drug overdose in 2016. He formed a group aimed at helping parents and those recovering from drug addiction and also began going on missions to rescue addicts from drug dens so that they could get treatment.

He was on one such mission when he, Dean Smith and Kimberly Arendt were pulled over on June 21, 2016, near the Holland Tunnel in Jersey City. Police said they pulled Cramsey’s truck over due to a cracked windshield and objects hanging from the rearview mirror, but the defendants claim they were stopped due to pro-gun decorations on the truck. They tried to use this claim in court to get the search thrown out but were unsuccessful.

The 18-year-old they were trying to save, Jenea Patterson, had been counseled by Arendt at camp after a friend died of a drug overdose. Patterson denied she was asking for help but later died in January from a drug overdose.

Cramsey, who attended Patterson’s funeral, said he can’t stop asking himself how things would be now if he had reached her that night.

“I would have carried her out if I’d had the chance,” he said. “If I’d had to leave my truck there and run to get that girl, I would have.”

Cramsey could be sentenced to a maximum of five years for each of his two charges but can apply for probation under the plea deal.

Smith and Arendt were accepted into a pretrial intervention program. Cramsey was denied from entering the program but plans to appeal that decision.

While Cramsey’s methods have been criticized by some, he has vowed to continue trying to help those in need.