Mine, German bomber, 96 cannonballs and a skull pop up in dredge of harbor (VIDEO)

In a move to deepen Portsmouth harbor in preparation for a new class of aircraft carriers, more than 20,000 oddball items lost over time have popped to the surface.

The British are building two aircraft carriers– HMS Queen Elizabeth and HMS Prince of Wales– which are the largest naval ships in the history of the Royal Navy. In prep work to have a base for these leviathans, the Brits had to dig Portsmouth deeper, dredging up millions of tons of mud from the harbor bottom.

In the course of this operation, besides truckloads of bottles, trash, shoes, and cans, there was a live British torpedo, a similarly intact German sea mine, a dozen old cannons (complete with 96 cannon balls of various sizes going back to the Tudor ages) an aircraft engine from a German JU-88 bomber, five bombs dating from WWII, 36 anchors and a human skull– “which was passed to the local police.” 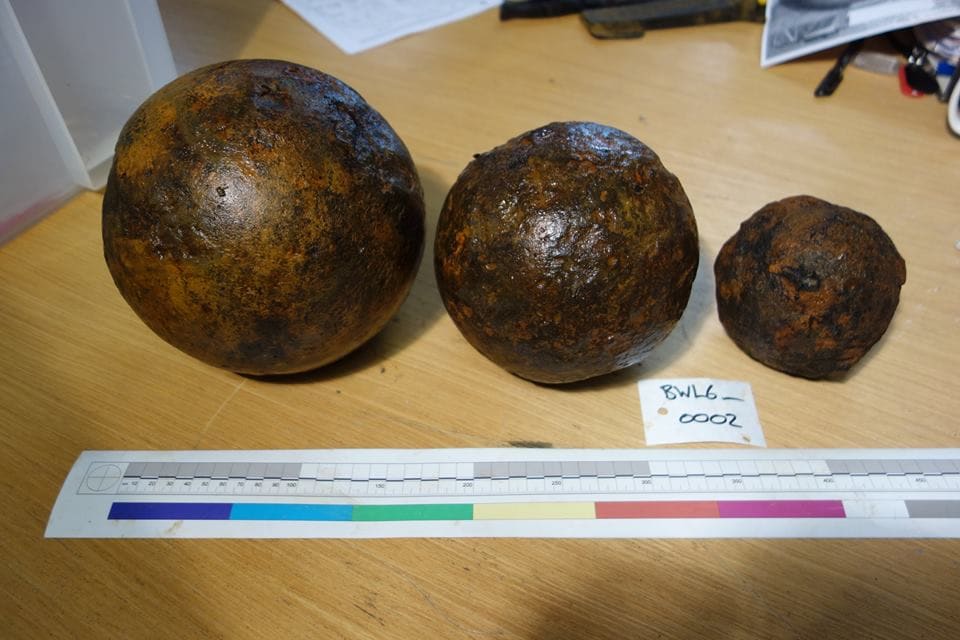 96 cannonballs of various sizes and eras were found 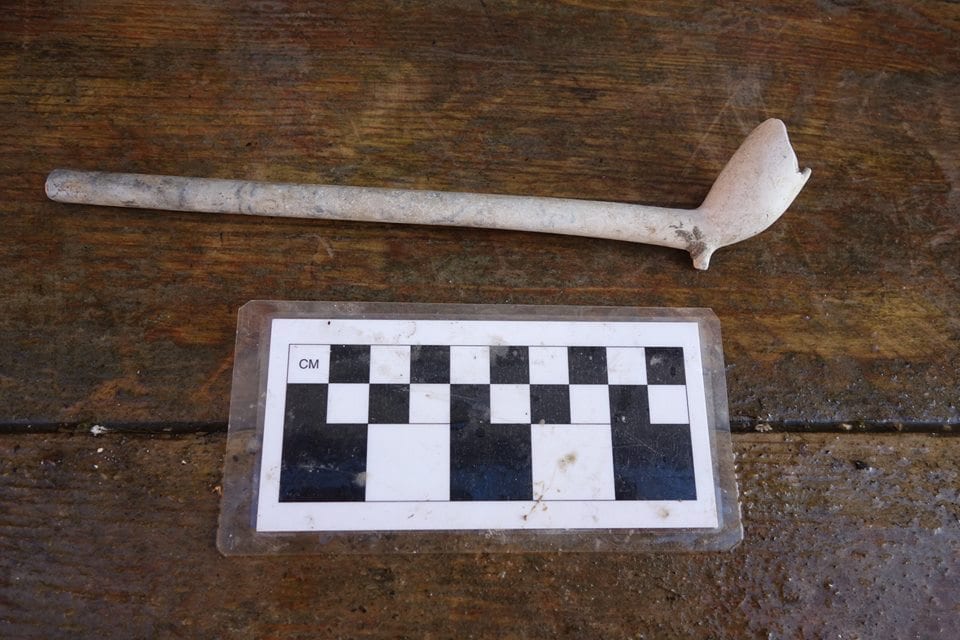 A clay pipe that survived the harbor floor 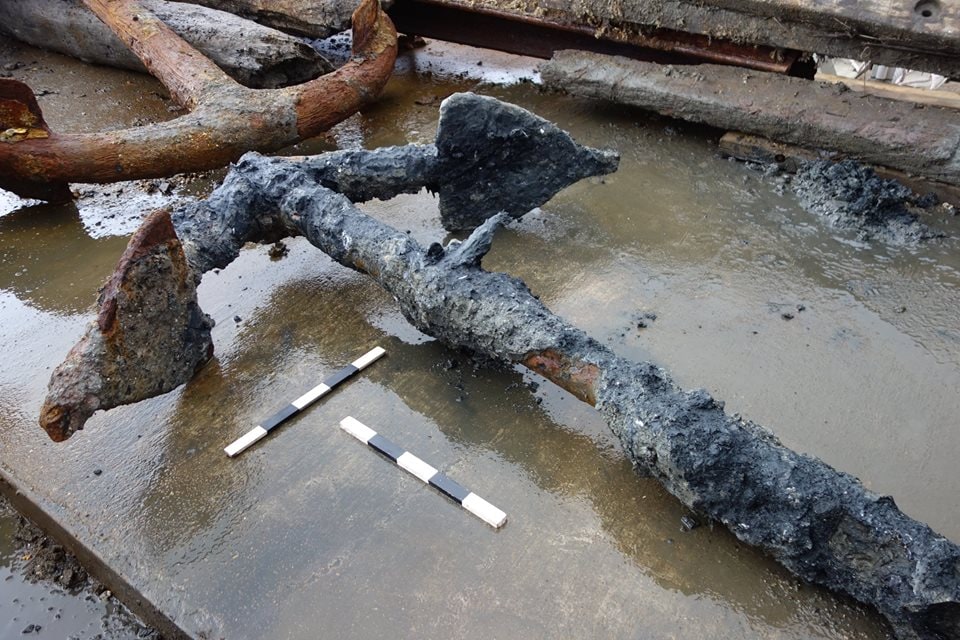 No less than 36 anchors were recovered 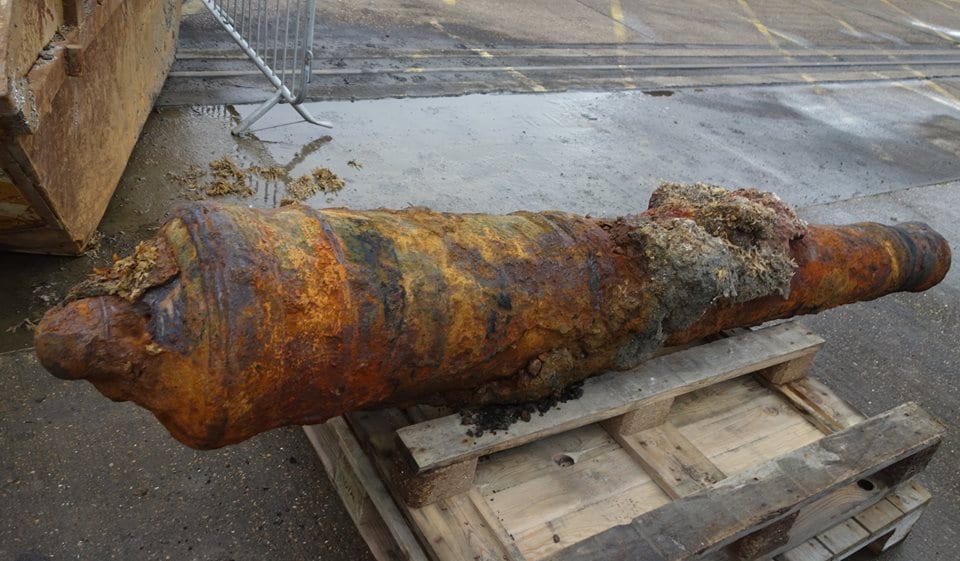 12 cannon, some extremely old, were found and are being preserved.

The more dangerous items were rendered safe by the Royal Navy’s Explosive Ordnance Disposal team while those with possible historical significance are being evaluated for preservation by Wessex Archaeology. Besides that, some of the sediment cores date to the medieval period and could produce archeological information.

Maybe they should clean out the harbor more often. Just saying.

More on the ordnance– some 4.5-tons of which were removed– below.