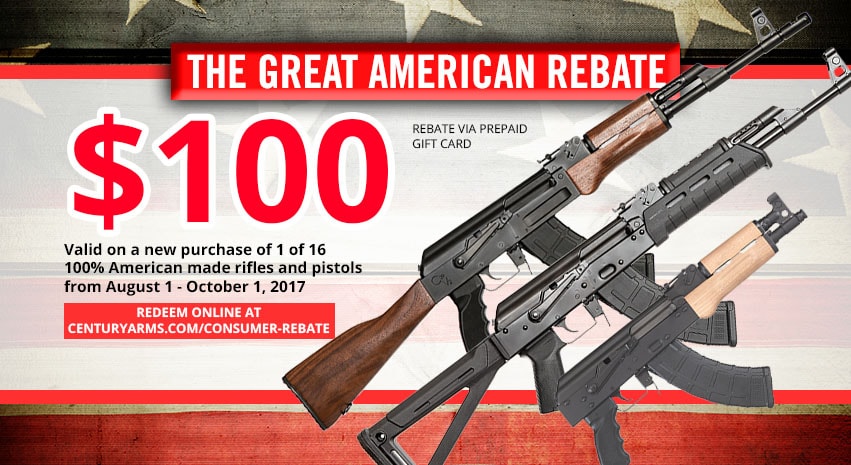 Century Arms coughs up $100 gift cards to consumers buying one of 16 new rifles or pistols from the company. (Photo: Century Arms)

Century Arms announced a new rebate via Facebook Tuesday, offering a $100 gift card to consumers who buy one of the 16 models included in the promotion.

Rifle and pistols fans have until October 1 to purchase a new firearm from Century Arms’ list of approved guns to qualify for the rebate. Included in the promo are the MOE, Zhukov, CALI, MOE CALI, Tactical and Pistol models of the company’s C39v2 series as well as the Draco Pistol. Additionally, the RAS47 series which includes the MOE, Zhukov, CALI, MOE CALI, Pistol, Cabela’s LTD and Walnut are also included in the promotional offer.

To receive the $100 gift card after purchasing a new firearm, customers must download the rebate form, fill it out in its entirety and submit it to Century Arms no later than October 15. Customers can expect to see a prepaid gift card within six to eight weeks after submitting paperwork to the company.