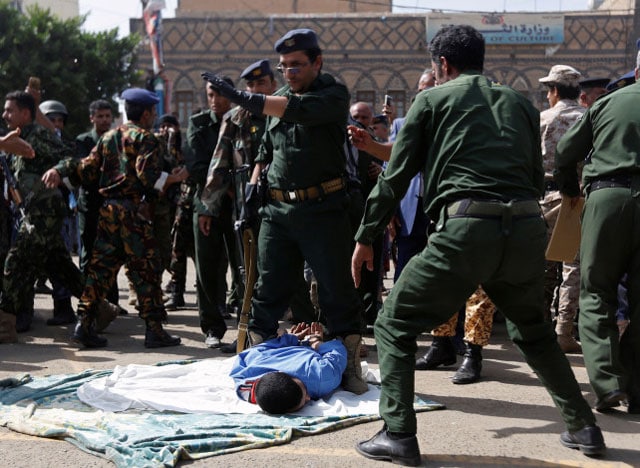 A 41-year-old man was publicly executed Monday in Sanaa, Yemen, for the rape and murder of a 3-year-old girl.

Muhammad al-Maghrabi had his hands bound behind his back with handcuffs as he was laid out on a blanket in the capital’s public square, and authorities fired five rounds into al-Maghrabi as hundreds of onlookers crowded the square.

Officials say the age of the victim likely contributed to the unusually large crowd, who filled the square and perched on telegraph poles and rooftops.

Amidst the large crowd, security was tight, as authorities feared revenge attacks on al-Maghrabi, who was surrounded by five police cars as he was transported to the square for his execution.

The young victim’s father, Yahya al-Matari, said he felt a sort of rebirth following the execution.

“This is the first day in my life,” al-Matari said. “I am relieved now.”