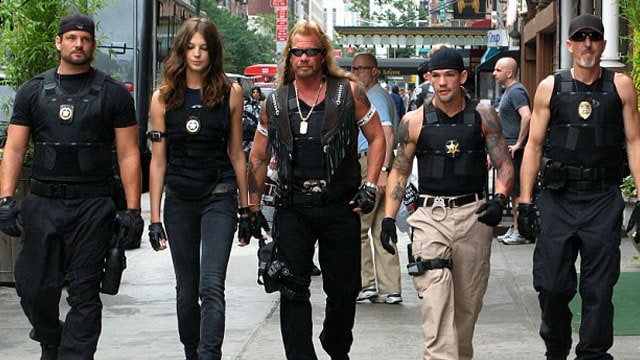 Dog the Bounty Hunter says Gov. Christie should “be ashamed of himself.”

At a press conference Monday with the victim’s mother, Chapman slammed Christie, calling the bail reform initiative “fake” and “dangerous,” according reports.

Christian Rodgers, 28, was shot to death in April, according to police. Jules Black, 30, has been charged with his murder. Chapman says Christie’s overhaul of the bail system allowed Black to walk free after he was arrested on felony gun charges.

“Christie should be ashamed of himself,” Chapman said. “The governor needs to know that the eyes of every American who loves their family and wants to preserve law and order are on him right now.”

Cash bails were eliminated under the new reform law, and judges now use a risk assessment system to decide whether to release defendants from jail. The suspect’s criminal history as well as evidence at hand are taken into consideration when determining whether they’ll be released.

Records show the jail population in New Jersey has decreased by 20% compared to last year, as the reforms have kicked in.

Chapman is a former bail bondsman who starred on the hit TV show “Dog the Bounty Hunter.” His wife Beth is the president of the Professional Bail Agents of the United States lobbying group. The bail bond industry has argued the reform efforts could put the industry out of business. Chapman says the system works.

“Two hundred years the bail bonds system has been in effect in America, and for 200 years it has worked,” he said, calling the reform measure a “hug-a-thug” campaign.

But Roseanne Scott, with the NJ Drug Policy Alliance, says the risk assessment process now implemented in New Jersey is backed up by “hundreds of thousands of records” that are predictive of whether or not someone will commit a new offense.

“Even if this is a frivolous lawsuit, even if it has no merit, they (the Chapmans) got a chance to have a big press conference and get some media attention and say things that are simply not true about the system,” said Scotti. “If they continue to fan the flames of saying bail reform is a failure, that, to them, is a success.”