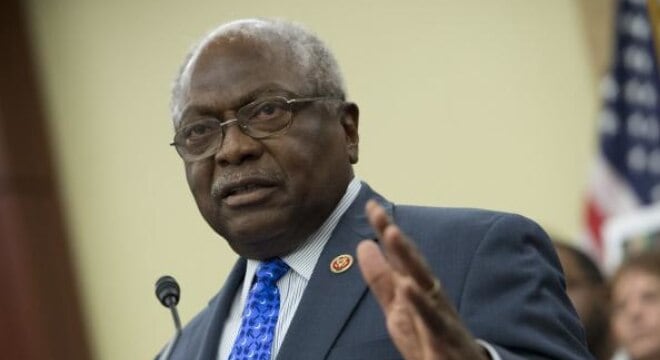 The measure addresses an issue identified in aftermath of the 2015 mass shooting at Emanuel AME Church in Charleston, a district that Clyburn represents. The shooter, who had a pending drug charge, obtained his firearm months before after his three-day delay expired without the FBI able to confirm that he was a prohibited possessor.

“The Background Check Completion Act will guarantee that no gun is sold by a licensed dealer until a background check is completed,” Clyburn said in a statement. “My bill is a commonsense fix to our nation’s gun laws, and I call on my colleagues in Congress to move it immediately towards passage.”

Under federal guidelines, licensed firearms dealers can transfer a gun immediately after issued a “proceed” authorization through the FBI’s National Instant Criminal Background Check System. In cases where the FBI gives a “delay,” it is up to the dealer whether to go through with the transfer after three business days.

Clyburn’s bill, now with 22 Dems signed on as co-sponsors, aims to strip away that ability, only allowing a gun to be transferred by a federal firearms licensee following completion of a successful check.

“Rep. Clyburn’s legislation would improve the criminal background check system by barring retailers from green lighting gun sales until a full background check has been completed, a common-sense fix that will keep thousands of guns out of the hands of convicted felons, domestic abusers and the dangerously mentally ill,” said Everytown President John Feinblatt in a statement.

Trade representatives from the gun industry and Second Amendment groups have argued only a tiny portion of total background check delays result in actions for firearm retrievals by law enforcement and that removing the current default would give the FBI power to deny firearms transfers without having to substantiate them, in effect installing a valve that could be used to close the pipeline to legal gun sales if so desired. They hold it would be more productive to fix issues with the NICS database instead.

The current proposal has been referred to the House Committee on the Judiciary but action in the Republican-controlled body is unlikely. Both House and Senate measures introduced in 2015 never left committee.

Similar measures have been introduced at the state level in Delaware, Oregon, and South Carolina.