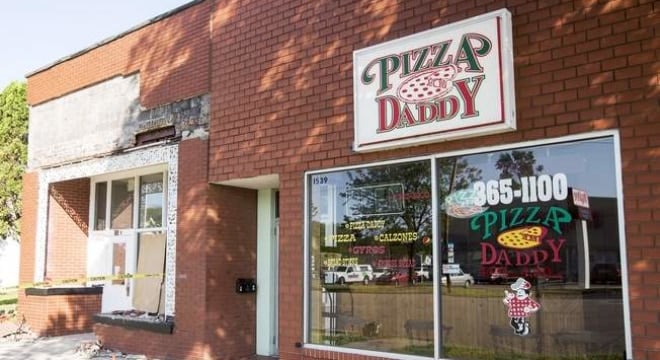 Authorities dismantled the ring in 2015 after intercepting containers filled with heavy equipment and clothing used to mask firearms, some wrapped in bags for Pizza Daddy, an eatery the family owned. (Photo: The Cedar Rapids Gazette)

A federal judge in Iowa on Wednesday gave a man from Lebanon a nearly five-year sentence for his connection to a ring of Lebanese expatriates who shipped guns to the Middle East.

Fadi Yassine, 42, was given 57 months in federal prison after entering a guilty plea for conspiring to violate the Arms Export Control Act and ship, transport, and deal firearms without a license. The Lebanese citizen, arrested as he disembarked from an international flight arriving in New York City in February, worked with a family from Cedar Rapids who previously pleaded guilty to federal weapons charges as part of a ring that shipped more than 100 guns hidden inside shipping containers to Lebanon.

According to court documents, Yassine communicated from Lebanon extensively with the Iowa group via Facebook and unnamed “secure social media applications” and provided $30,000 cash to help purchase guns. The group ultimately moved guns on four occasions during 2014 and 2015 to the Middle Eastern country. Yassine admitted to helping in the shipment of one container in the initial stages, which he helped resell, though prosecutors argued he may have been involved in as many as 153 guns reaching the country.

Although cut out of the ring by the co-conspirators in latter shipments who “blew him off,” prosecutors argued that Yassine served as a “counsel” to the group by giving advice as to which guns would sell best in Lebanon, and helped broker exchanges. Though he claims he never profited from the scheme and argued he never had possession of any of the weapons, Yassine repeatedly advised contacts in the ring throughout its operation he was “at your service” which prosecutors pointed to continued involvement.

In a sentencing memo to the court, attorneys for Yassine asked for leniency as he does not speak English and cannot receive visits from his family which is in Lebanon and are denied visas to enter the country, thus making his incarceration “more difficult than an average defendant.”

Previously sentenced in the scheme were Ali Herz, Adam Al-Herz, Bassem Herz, and Sarah Majid Zeaiter, all of Cedar Rapids. Authorities dismantled the ring in 2015 after intercepting containers filled with heavy equipment and clothing that also contained firearms, some wrapped in bags for Pizza Daddy, an eatery the family owned.