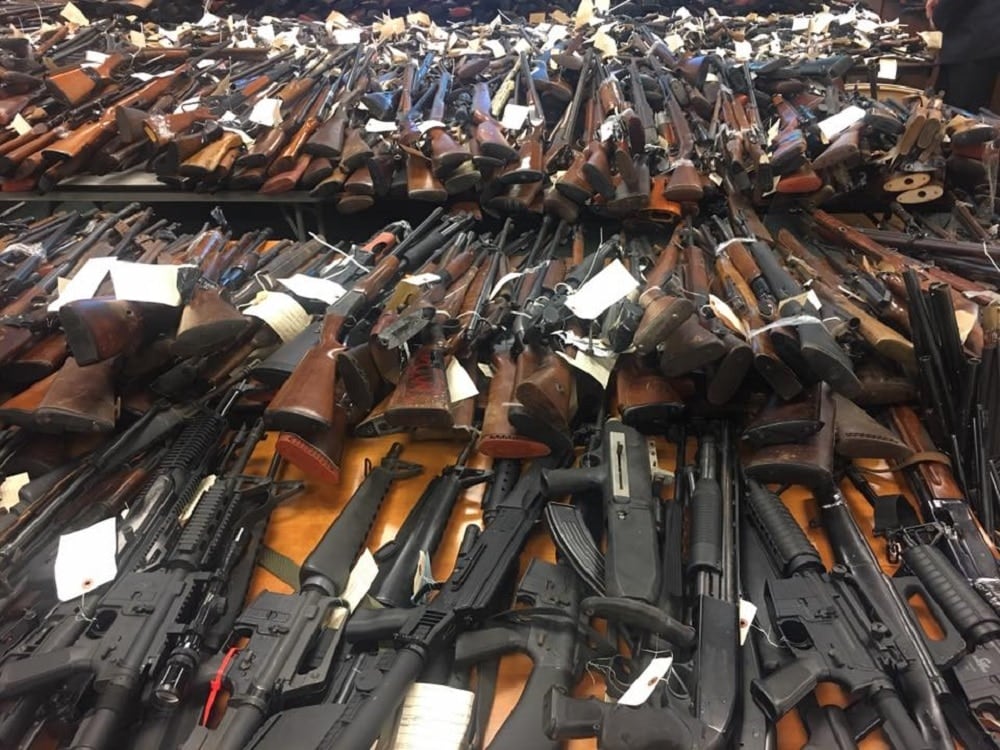 The results of New Jersey’s most recent gun buyback initiative were made public Wednesday, with top law enforcement officials calling it the most successful buyback in the state’s history.

New Jersey Attorney General Christopher Porrino announced that a whopping 4,775 guns had been turned in for cash during the two-day buyback.

The event occurred in three cities this past weekend. Firearms were collected at churches in Camden, Trenton and Newark. A total of 1,973 handguns, 1,142 shotguns, and 1,025 rifles were turned in, and 129 “assault weapons” were also handed over and received the highest payout of $200. No clarification was offered to Guns.com via Facebook on how the remaining 506 guns were classified. All the guns turned in will be melted down and destroyed.

In an opinion piece published in the Star-Ledger before the events, Porrino admitted that gun buybacks are not a complete solution but argued they could do a lot to help law enforcement get crime guns off the streets.

“Some doubters question the overall efficacy of buybacks, while others suggest that buybacks tend to bring in mostly old ‘attic’ guns,” Porrino said. “But once a gun has been turned in and melted down — as every firearm obtained through these buybacks will be — it can never be stashed in a vacant building or used as a community gun to commit crime after crime. It can never be stolen in a burglary and used later in a violent crime. And it can never fall into the hands of a curious child.”

The gun buybacks are just one in a proposed two-pronged approach, Porrino argued, as prosecutors will now have more tools at their disposal when dealing with offenders who use guns to commit violent crimes. Most notably, due to New Jersey’s new bail reform rules, prosecutors can now seek “no bail” for said offenders.