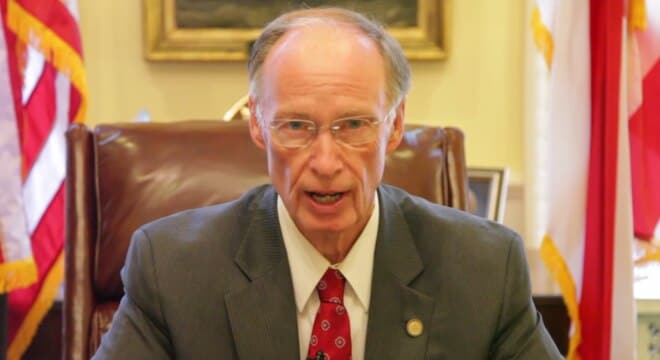 Known now as the “Love Gov,” former Alabama Gov. Robert Bentley was told by his local sheriff that he cannot have his concealed carry permit back.

The once-popular Bently, 74, would be in the middle of his second term as the state’s chief executive had he not resigned from office in April amidst impeachment proceedings due to a sex scandal with his political aide.

The Republican, a former Congressman and Air Force doctor, moved out of the Governor’s Mansion after a guilty plea on a pair of misdemeanor charges involving campaign finances. Among his list of punishments were a 30-day suspended sentence, community service, and over $50,000 in fines and forfeitures — to which Tuscaloosa County Sheriff Ron Abernathy added a revoked concealed carry permit.

Though Bentley, now back to practicing medicine, filed an appeal earlier this month seeking to get the permit back, Abernathy is standing by his decision.

The Sheriff said the reason for not reinstating the permit is because “justifiable concern for public safety exists in this case because the criminal defendant has not completed the terms of his criminal sentence imposed by the court,” AL.com reported.

Bentley’s attorney says the former lawmaker and 53rd Governor of Alabama has maintained the permit for over a decade and has completed all of his punishment with the exception of community service.