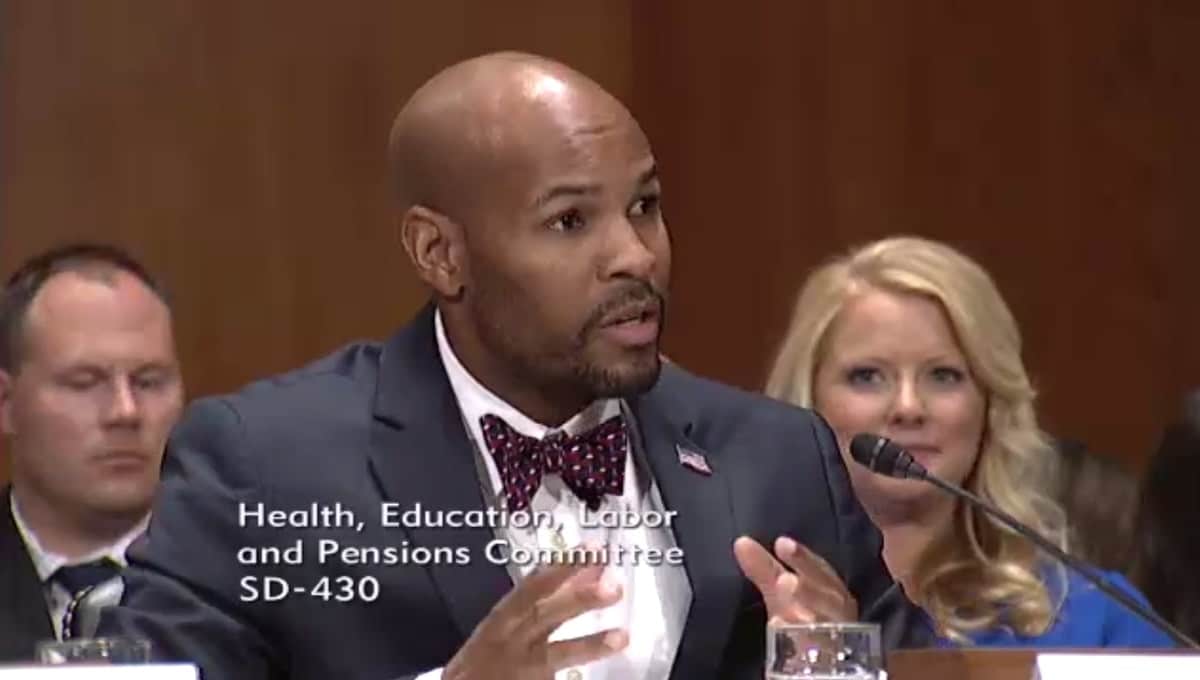 President Donald Trump’s nominee for surgeon general was questioned about gun violence during a confirmation hearing Tuesday and did his best to separate guns and gun owners from the violence caused by those who misuse them.

At a hearing before the Senate Health, Education, Labor and Pensions committee, Sen. Chris Murphy, D-Conn., grilled Dr. Jerome Adams, asking what he would do as surgeon general about the gun violence in America and how he would address it as a public health problem. The question caused a moment of tension, as former surgeon general Dr. Vivek Murphy’s confirmation was delayed for a year due to his support for gun-control laws.

Adams, Indiana’s state health commissioner, started off by saying that he owns a gun and he often treats gunshot victims.

“I am a gun owner and I have my lifetime gun permit,” he said. “I also work in a level one trauma center, took care of a gentleman last week who was shot six times. I see it each and every day.

He then attempted to respond directly to Murphy’s question, arguing that guns and gun owners should be separated in the discussion about the gun violence plaguing cities around the country.

Adams continued: “There are evidence-based programs, some good ones out in Colorado, where they’re bringing law enforcement, gun owners, and the public health community together to look at solutions to lowering the violence. And it’s not just homicides, it’s also suicides. There are more suicides than there are homicides in this country. And I think there are lots of partners out there if we’re willing to stop demonizing each other and really work together to look at evidence-based programs that help lower violence in children and throughout the country.”

Murphy, running out of time for his questions, responded that he hoped Adams would look at evidence, such as the 2015 study published by the American Journal of Preventive Medicine, that suggests the likelihood of a crime being committed with a gun rises with the availability of guns.

“It’s a little bit deeper than the problem you suggested,” Murphy added.

Adams, who was appointed to his current position by then-governor Mike Pence, breezed through the rest of the hearing, vowing to pick science over politics and to make tackling the opioid addiction crisis one of his top priorities.

The Senate panel voted Wednesday to confirm Adams and his nomination now heads to the full Senate for a vote.