Vista Outdoor employees give back, raise $70,000 for police families 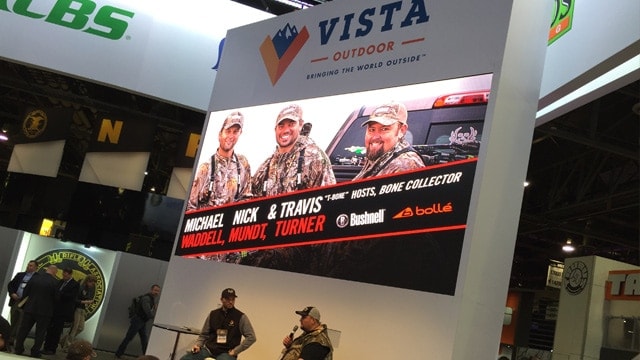 The Vista booth at the 2015 SHOT Show in Las Vegas. (Photo: Daniel Terrill/Guns.com)

The families of Detective Brad Lancaster and Captain Dave Melton were presented with the contributions during Vista’s Hunt/Shoot Sales Conference in Overland Park, Kansas.

“We believe in the importance of giving back to people in need in the communities where we live and work,” said Jason Vanderbrink, Senior Vice President of Sales for Vista Outdoor. “Many of our brands have a long-standing commitment to supporting law enforcement, and we knew this was a cause that our employees would support. Detective Lancaster and Captain Melton gave their lives defending the people of the Kansas City community, and we were honored to present this small gesture of thanks to their families.”

Vista Outdoor’s Hunt/Shoot Sales Conference includes over 30 of the brand’s currently under the shooting sports umbrella to include Bushnell, Primos, Blackhawk, Hoppe’s, Butler Creek and Uncle Mike’s. Attendees had the opportunity to bid during a silent/live auction to raise money for the families.

The auctions along with additional cash donations resulted in each family receiving  a check for $36,584.