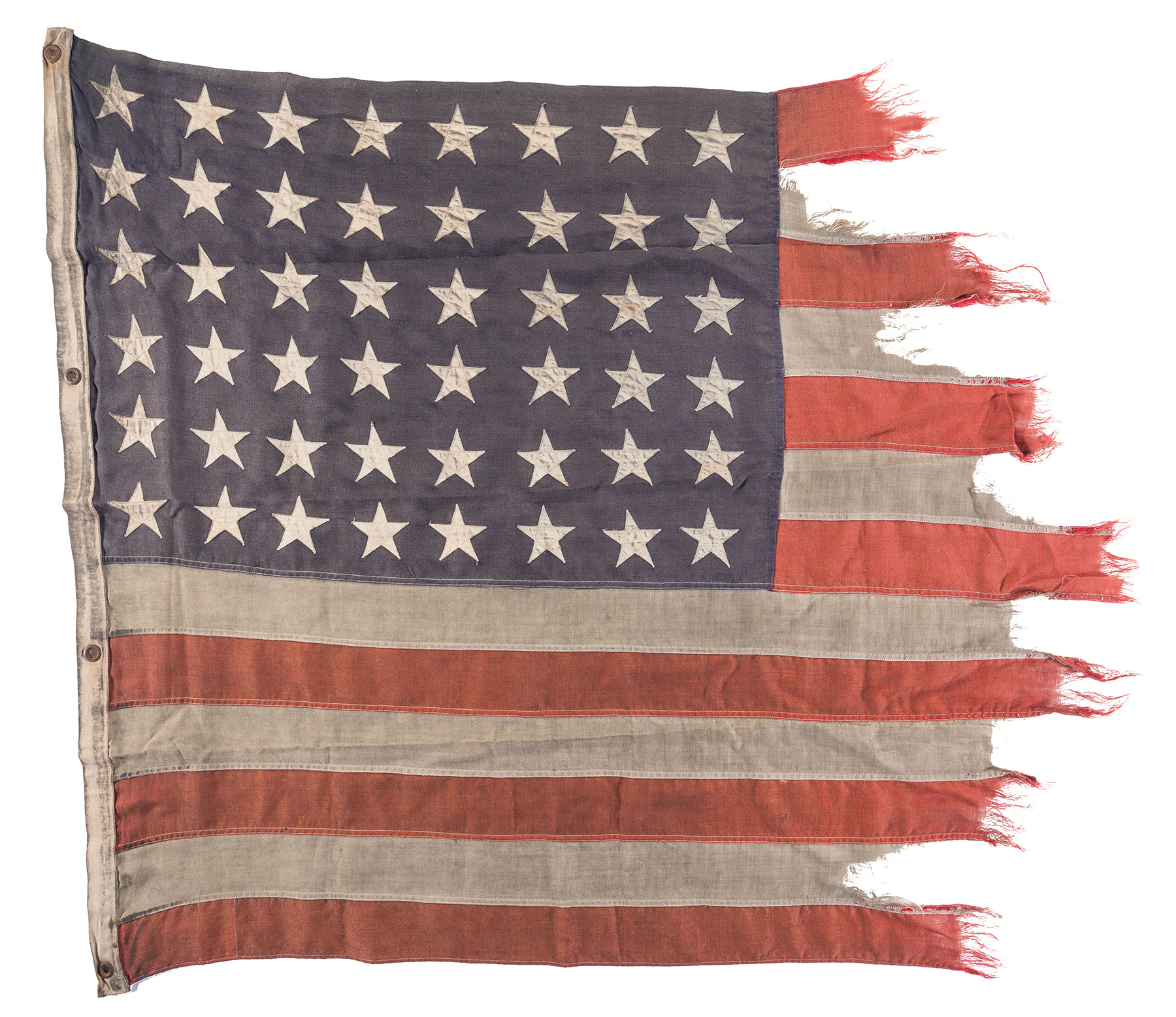 The American flag flew on the LCI(L)-421 during the D-Day invasion of Normandy on June 6, 1944. (Photo: Rock Island Auction Company)

An American flag flown during the invasion at Normandy on the USS LCI(L)-421 at Gold Beach in 1944 is up for grabs through Rock Island Auction Company.

The historic flag is featured in RIA’s upcoming September auction and is expected to fetch a price between $250,000 and $375,000.

The flag’s story begins midday June 6, 1944 when the 264th Royal Canadian Flotilla transported the follow-up infantry battalion of  the 56th Infantry Brigade to the D-Day landing at Gold Beach. The flotilla included three Landing Craft Infantry (Large), LCI (Large), amphibious assault ships 400, 421, and 511 attached to the U.S. Navy. Gold Beach was in the middle of the five landings and in the course of reaching the beach the flotilla encountered mortar fire, resulting in two casualties. Once on the beach, the 56th Brigade dealt with deep water, submerged shell holes and enemy fire.

The flag flew from the mast of LCI(L)-421 and was from the personal belongings of Steve Hudac, the coxswain of the LCI(L)-421 who piloted the landing craft onto Gold Beach.

“Steve told me that during the landing, he was watching soldiers being killed and wondered when it would be his turn,” Hudac’s sister-in-law Maria Chovanec said in a notarized statement to RIA. “Before Steve left the ship, his commanding officer gave him the flag from LCI(L)-421 that flew from the mast during their time on it, including the landing on Gold Beach.”

Upon Hudac’s death in 1996, the flag was transferred to Chovanec and her husband.

The 48-star American flag measures 45 inches by 49 inches and comes with a halyard. Due to its age and its service on a naval vessel, the 73-year-old piece of history displays tattered ends caused by high winds as well as some discoloration.

RIA says the documented piece of American history “symbolizes the heroic efforts and sacrifices of American fighting forces participating in one of the largest amphibious assaults in world history, often considered the most crucial Allied victory of World War II.”

Collectors seeking a piece of World War II history can place a sealed bid or phone bid with RIA by Sept. 9.