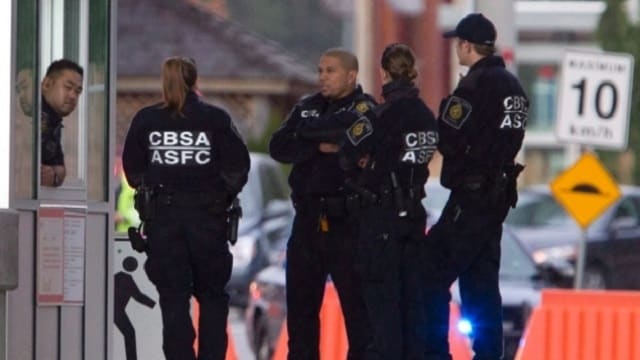 Canadian border agents have issued a stern warning to U.S. citizens trying to cross the border with firearms, urging visitors to leave their guns at home.

WGRZ reported firearms seizures have been on the rise at the Canadian border, as more drivers are not declaring guns to border patrol agents.

While a Canada Border Services Agency document obtained by Global News shows that Canadians and not Americans are more likely to bring illegal guns into Canada for criminal purposes, U.S. citizens were still responsible for 91 percent of gun seizures at the border.

From 2012 to 2016, such seizures were up 175 percent, leading the CBSA to issue a 2016 news release recommending U.S. citizens not carry guns when traveling to Canada.

“It is strongly recommended that you not carry your firearm when traveling to Canada and/or transiting through Canada to reach another U.S. destination,” the agency said in the release. “However, should you choose to travel with your firearms, you must declare all firearms in your possession at the first Canadian designated port of entry. You must also have all the necessary permits and have your firearm appropriately stored.”

The CBSA has strict guidelines regarding what firearms visitors are allowed to bring into the country. Most long guns are not restricted, but there are exceptions. Details on restricted and prohibited firearms can be found on the Royal Canadian Mounted Police website.

Visitors may only bring guns into the country for a few specific reasons, such as hunting, competitions, repair, protection against wildlife in remote areas, or for transit movement when driving through Canada is the quickest way to another destination in the U.S.

WGRZ looked into border crossings in western New York and found that 70 undeclared firearms had been seized so far this year and 22 charges filed as a result.

“Let them know what you have, because there’s a penalty and a fine, and it could be you’re hauled into court,” said Geoff Spear, a Canadian campground manager.

According to the CBSA, if someone declares a prohibited item, that item can be shipped back to their address, as opposed to being seized if it was not declared.