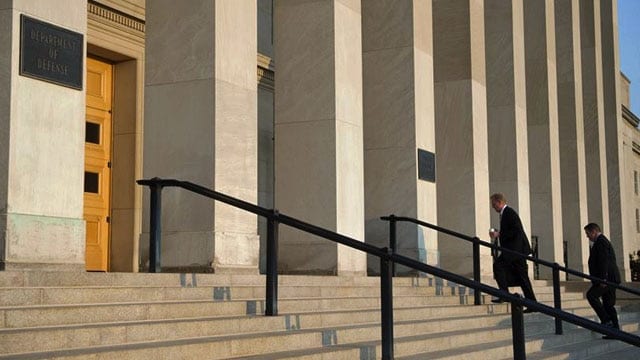 Defense Department officials are gearing up to comply with a new law calling for reorganization of the department’s acquisitions and technology office.

The 2017 National Defense Authorization Act directs the DoD to restructure the office of the undersecretary of defense for acquisition, technology and logistics into two offices, according to a report published Wednesday.

“The DoD research, engineering, acquisition and sustainment organizations and processes must be sources of competitive advantage that ensure the warfighting superiority of U.S. forces around the globe,” said the so-called ‘901 report,’ which called for the change.

Deputy Defense Secretary Pat Shanahan said the move is designed to maintain the Defense Department’s technological superiority and to ensure that systems are affordable. He said the split will help ensure that American military capabilities are more lethal, and that acquisitions fulfill the needs of service members both now and in the future.

“We have to act well within the cycle of what’s important for us to do,” said Shanahan, adding that speed is important as the department develops capabilities and deploys them.

“The way I think about speed is like baseball in the farm system,” he said. “You take a certain talent and [see] how quickly can you get it to the big leagues. Our whole system has to be about the same thing.”

Shanahan said the farm system doesn’t take a 17-year-old phenom and get him into the majors when he’s 45, and, following the metaphor, neither should the Department of Defense.

On the acquisition side, he said the department needs to focus on making it easier to do business with DoD while helping contractors and suppliers do more for less.

“The way I look at it, I’m overhead, and I have to justify being overhead and that means being faster and with more lethality,” said Shanahan.