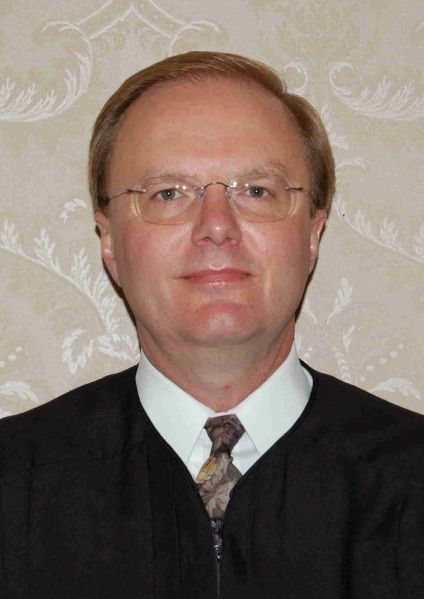 An eastern Iowa judge has issued an order banning guns from a county courthouse, contradicting a county supervisors’ decision to allow firearms on the premises.

Woodbury County District Judge Duane Hoffmeyer issued the administrative order this week, the Sioux City Journal reported. The order essentially prohibits the carrying of firearms in the Woodbury County Courthouse, the Law Enforcement Center and the Trosper Hoyt Building, and rescinds a recent Board of Supervisors decision to allow the public to carry guns on county property.

“… the purpose of this Administrative Order is to provide a safe place for resolving disputes and deterring incidents of violence when firearms are on or in close proximity to individuals or employees who may wish to cause harm,” Hoffmeyer said in his order. “Allowing guns or weapons increases the likelihood that a violent or disgruntled employee or individual affected by the court system will have access to a firearm while at work or at the courthouse and prevent the Judicial Branch/Sheriff from adequately controlling the safety of other employees and customers.”

In an attempt to comply with a new state law that broadens Iowa’s stand-your-ground provision, the county’s Board of Supervisors voted in June to allow the public to carry firearms on county property, including the courthouse.

However, the state Supreme Court ruled that only law enforcement officers could have firearms in courthouses or other court-controlled facilities, and County Sheriff Dave Drew said he would follow the Supreme Court ruling over the supervisors’ directive.

“The Sheriff is responsible for carrying out all court orders,” Drew said. “We will continue. … in this direction.”

“It’s even more of an overreach than the Supreme Court order,” Ung said. “I think the fact that it goes so far to order the sheriff to disarm fellow law enforcement officers with a valid identification sends a stupendously bad message to the community. It also discourages employees to lawfully carry. With all the issues we have to worry about in this world, fearing our own employees and our own off-duty officers is very misguided and more of an overreach.”

Firearms that will be presented as evidence at trial are exempt from the ban.