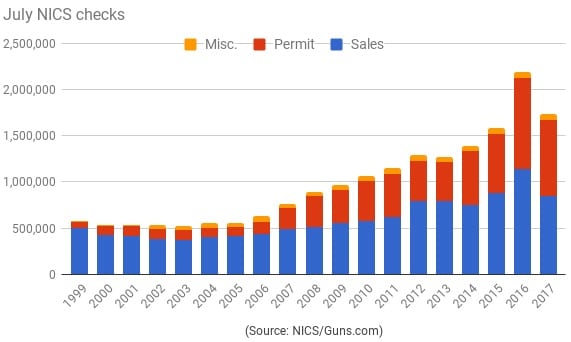 Guns.com estimates about half resulted in a gun transfer, though federal background check data itself remains an imperfect, albeit the best, proxy for the industry to track sales. Summer remains a historically slow period for gun sales. 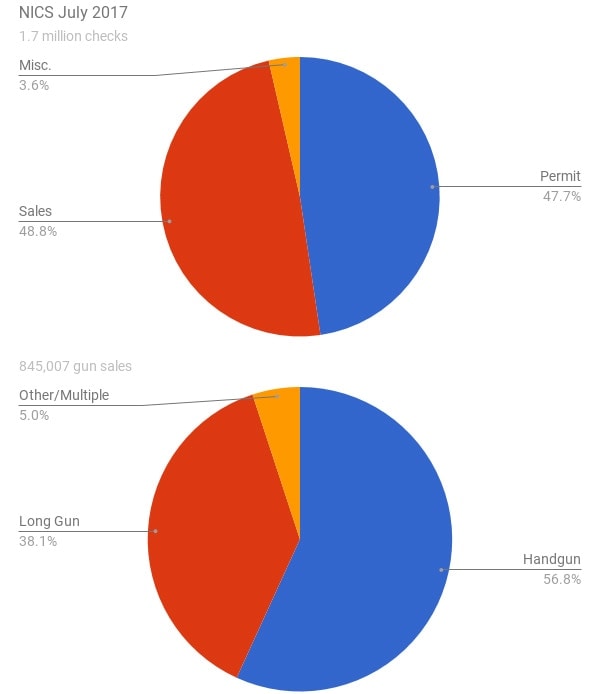 The market saw a sudden shift in demand following last year’s presidential election. With Republicans in control of the White House and both chambers of Congress, many believed gun sales would drop to significantly, but the industry  has managed to keep sales relatively high with discounting and promotions. Gun sales so far this year are trailing 2016, the biggest year in NICS history, by about 10 percent.