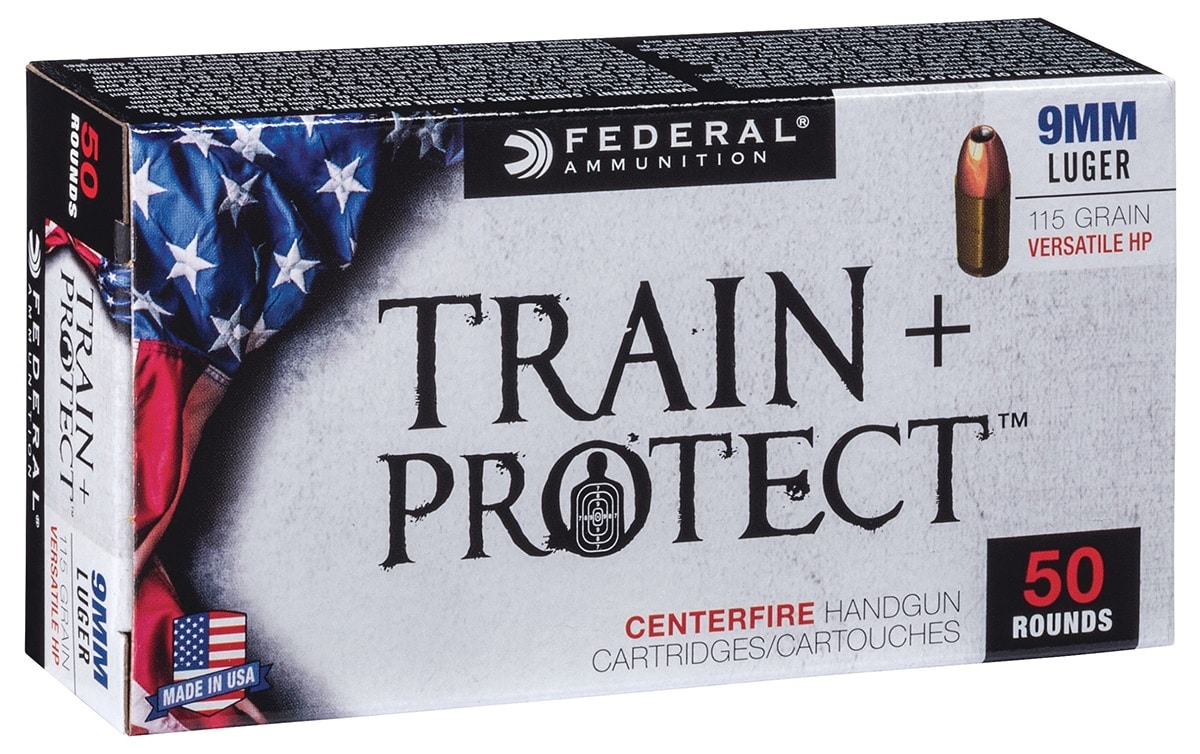 The Train + Protect series aims to give shooters an option that functions on the range and off. (Photo: Vista Outdoor)

The rounds provide precise yet practical performance at the range combined with reliable expansion on impact. The result, according to Federal Premium, is “the ideal combination for training as well as defending yourself and your loved ones.” The company says each round is loaded in order to produce consistent performance with each shot.

The series is available in 50 round or 100 round boxes with prices ranging from $30.95 to $66.95. Federal says shipments of the new ammunition are currently being delivered to dealers nationwide.