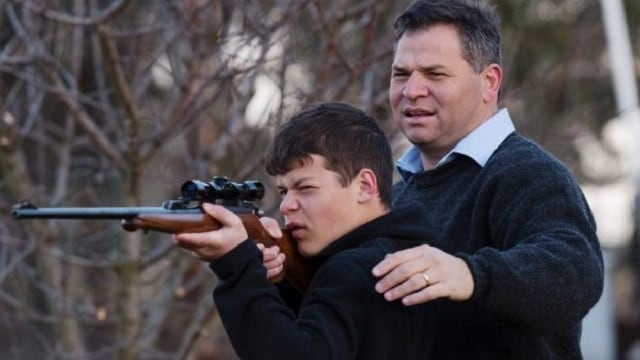 Members of the Shooters, Fishers and Farmers Party in the state of New South Wales in Australia are urging lawmakers to reduce the age requirement for minor’s firearms permits.

The Sydney Morning Herald reported the party would like primary school-aged children to be able to learn how to use firearms, urging the government to reduce the minimum age from 12 to 10 years old.

Philip Donato — a Shooters, Fishers and Farmers Party party member representing the district of Orange — said he would be “happy” to see the age restriction reduced and also advocated shooting as an elective course in schools.

“It’s a healthy family activity,” Donato said. “It’s not gender specific. Going out, spending some time with your family in the outdoors, bonding with your kids, is a fantastic opportunity.

“It’s far better they learn how to use firearms appropriately in that sort of manner as opposed to watching movies and playing video games.”

That position is also supported by the Sporting Shooters Association of Australia.

“The current minimum age of 12 years restricts access to the sport and limits the ability of interested minors to develop their skills,” said Diana Melham, the SSAA NSW’s executive director.

Under current law, children 12 and older in New South Wales and most other Australian jurisdictions can obtain a minor’s firearms permit, which allows them to possess and shoot guns while under the supervision of a firearms license holder.

The minor’s permit does not allow the acquisition of firearms by minors, and all gun use must be for the purpose of firearms safety instruction or shooting competitions.

While Donato’s colleague in the NSW Legislative Council, Robert Borsak, expressed support for the age reduction, other government officials were not so keen on the proposal.

“The NSW Government has no intention of changing the current law regarding the possession and use of firearms under a minor’s permit,” the police minister’s spokeswoman said.

The lobby group Gun Control Australia has called for minor’s permits to be abolished altogether, with chairwoman Samantha Lee criticizing the argument that teaching children about firearms makes them more safe. The group has also claimed that minor’s permits are a breach of the 1996 Port Arthur Firearm Agreement, arguing the agreement only allows people 18 years or older to possess or own guns.

However, a NSW Police spokesman argued that minors permits were still legal. “It addresses the age for licences and puts this at 18 years.” He added: “Supervision of minor[s] is strictly enforced by clubs and ranges – parent allows a minor to shoot on their own property under supervision.”