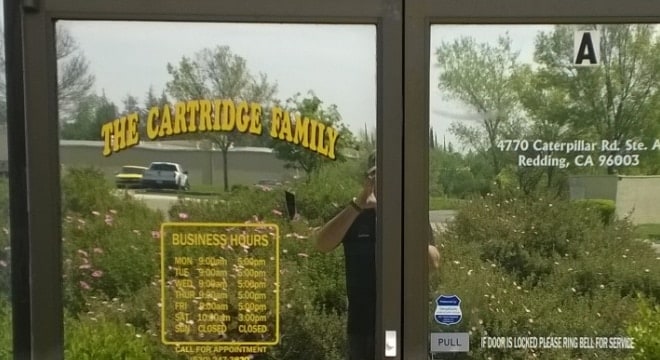 The Cartridge Family announced last week they are out of business after more than three years in Shasta County. (Photo: TCF)

A small California ammo manufacturer has closed its doors, placing the blame on a combination of industry factors and harsh new requirements.

The Cartridge Family has pulled its website and said goodbyes on social media, bowing out of the ammo game. Among the nails in the shop’s coffin after more than three years of business were “lurking new laws here in California” and “the influx of foreign ammunition marketed at very low prices” over the past several months.

“A lot of these dealers and distributors are finding it almost impossible to stay in business unless they compete with whatever they can find at the cheapest price, and we weren’t the cheapest, and we were never going to be the cheapest,” Schroeder told KRCTV.

On top of the soft market, Schroeder said the specter of Proposition 63’s ammo regulation requirements made it that much harder to remain in business. Part of Lt. Gov. Gavin Newsom’s successful “Safety for All” voter referendum, the measure requires background checks prior to all ammunition sales as well as a moratorium on direct internet sales. Vendors must get a $198 annual permit and ammo would have to be displayed in a way that it is not accessible to the public, such as in a locked case or cabinet.

Violations could result in the vendor having its license suspended for six months, or revoked with at least a year passing before another could be applied for. Operating without a license would be a crime.

Since he isn’t set up for retail, Schroeder says the new requirements would force him to expand his staff, a move the small business owner couldn’t afford.

“Not only will Proposition 63 and the Gunpocalypse gun control bills passed in 2016 make it even more difficult for law-abiding people to exercise their rights in California and stay out of jail, but they’re already hurting and destroying small businesses that serve the gun owner community,” Brandon Combs, president of the Firearms Policy Coalition, told Guns.com about the news of TCF’s closing. Comb’s group, along with other gun rights organizations, lobbied against the voter referendum last fall.

“This is, sadly, precisely what anti-gun politicians and gun control groups want,” said Combs. “First, they channel all firearm and ammunition transactions through a strict regulatory scheme, then they will choke off the rest through laws that impose severe burdens, costs, and risk.”

Combs said the pending regulations may have to fight it through the courts to take effect.

“Clearly, the race is on between legal action to challenge and strike down these insane gun control laws and the State of California’s myriad efforts to kill the Second Amendment in its crib,” Combs said.

As for Schroeder, he’s not going to rule out re-opening depending on how the new law shakes out.