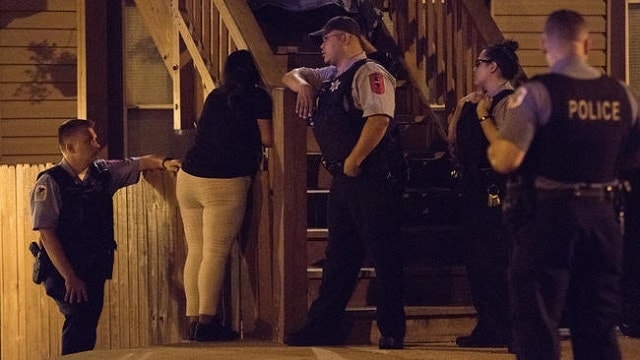 More blood was shed in Chicago this weekend, as three people were killed and at least 27 wounded in shootings throughout the Windy City.

The Chicago Sun-Times reported the weekend’s latest fatal shooting took place Sunday morning during a domestic violence dispute on the city’s southwest side. According to police, a 30-year-old woman, who had been beaten by a 33-year-old man, drew a gun and shot the man three times. The man was pronounced dead at the scene.

A 14-year-old boy, Damien Santoyo, was also shot and killed Sunday morning. Two other juveniles in a passing vehicle shouted gang slogans and then opened fire from the vehicle, shooting Santoyo in the head.

The weekend’s first fatality occurred Saturday night on the south side. A 39-year-old man was driving a vehicle when an unknown attacker opened fire and struck the man in the torso. The man was later pronounced dead at a local hospital.

At least 27 other people were wounded in shootings over the weekend. The previous weekend, six people were fatally shot and another 35 wounded.