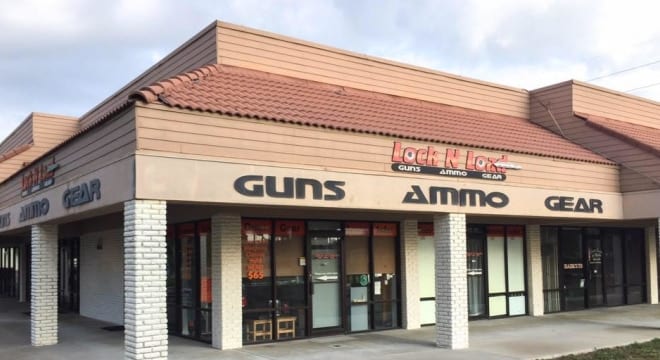 Lock N Load in Oldsmar, Florida is under new ownership as its former owner has vacated the firearms industry as part of a lawsuit brought by a gun control group. (Photo: Lock N Load via Facebook)

To settle a lawsuit brought by the Brady Center after the fatal shooting of two people, a longtime gun shop owner is leaving the firearms industry.

Gerald Tanso, owner of Lock N Load gun store in the Tampa Bay area, has sold his store and will not to engage in gun business moving forward, the gun control group announced last week.

In a public statement, Tanso urged firearm dealers to “exercise great caution and due diligence” in processing gun transfers. “I support laws that protect our Second Amendment and the laws that protect our society from criminal elements who would abuse that right to the detriment of others,” Tanso said. “I encourage all gun dealers, including the new owner of my gun shop, to implement such measures.”

Among the steps advocated by Tanso in the statement are refusing to transfer a gun unless there is a completed background check, whereas current regulations allow for a transfer in cases of a check that has been in a pending status for more than three days. Other steps include working to screen and identify possible straw buyers.

According to court documents, the Brady Center filed suit against Tanso in 2014, labeling him a “bad apple” gun dealer over the deaths of an area woman, Imari Shibata, and her boyfriend Kelley Allen. The couple was killed by Shibata’s son, Benjamin Kenya Bishop, in 2012 with a shotgun bought two weeks prior for the 18-year-old by a friend after the man was first refused a sale over a failed background check at the same shop. Bishop later returned to the store alone and was sold shotgun shells.

Bishop had a history of schizophrenia and drug abuse dating back to middle school and had been detained for mental health evaluations under Florida’s Baker Act on several occasions. A 2011 misdemeanor conviction of domestic battery — after he tried to strangle his mother — made him a prohibited firearms possessor under federal law.

Bishop was convicted of two counts of second-degree murder in 2015 and is serving a term of life imprisonment in the Florida Department of Corrections. He is currently being held at Lake Correctional Institution in Clermont. The straw buyer in the case was reportedly not charged.

Jon Lowy with the Brady Center said the settlement with Tanso, whose full terms were not made public, shows that gun dealers and gun control advocates can work together to change the firearms industry.

“We now have an experienced gun dealer recommending many of the reforms that Brady has been advocating for years,” Lowry said. “We hope and expect other gun dealers to heed that message.”