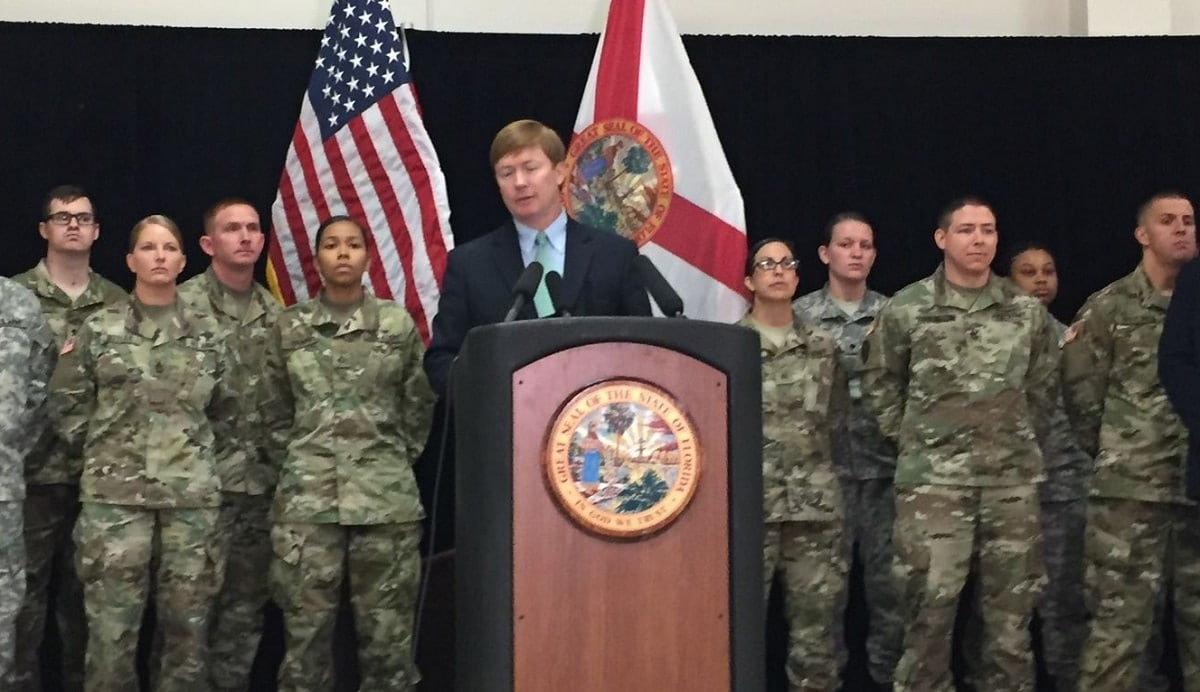 Florida’s expedited process of issuing concealed-weapons licenses to military members has resulted in a big boost to permit numbers in the state.

Since State Agriculture Commissioner Adam Putnam and Gov. Rick Scott helped to fast track the process two years ago, after a pair of military installation shootings in Tennessee, Florida has issued permits to 82,000 military members and honorably discharged veterans, the News Service of Florida reported.

Putnam, a GOP gubernatorial candidate for 2018, took office in 2010, and since then concealed-weapons permits have spiked from around 800,000 to more than 1.78 million. Putnam’s office, the Department of Agriculture and Consumer Services, takes care of issuing the permits.

“This is just one example of what we do through our department to make Florida the most veteran- and military-friendly state in the nation,” Putnam said during a July press conference at the National Guard Armory in Tallahassee.

Under the expedited process, military members also don’t have to wait until they’re 21-years-old for a permit. The process was established after the 2015 terrorist-motivated shootings in Chattanooga left four Marines, a Navy sailor and the gunman dead. Florida also increased security at National Guard recruitment centers after the shootings.

Putnam has also been critical of gun-free zones in the state and has called for campus and open carry laws to be passed in the Florida Legislature.

“Gun-free zones, where the victims have no opportunity to defend themselves, ought to be modified in a responsible way so that people can exercise their Second Amendment rights and protect themselves,” Putnam said at his armory appearance.

As Putnam was speaking, Democrats took the opportunity to blast him for criticizing those in Tampa Bay who protested the National Rifle Association’s July recruitment ad.

Tallahassee Mayor Andrew Gillum, Democratic candidate for governor, also bashed Putnam, saying in a statement: “Once again, Commissioner Adam Putnam has shown us just whose side he is on: the National Rifle Association. … It’s a shameful day when someone who wants to lead our state stands behind such violent, divisive rhetoric, and against commonsense gun protections for Floridians.”