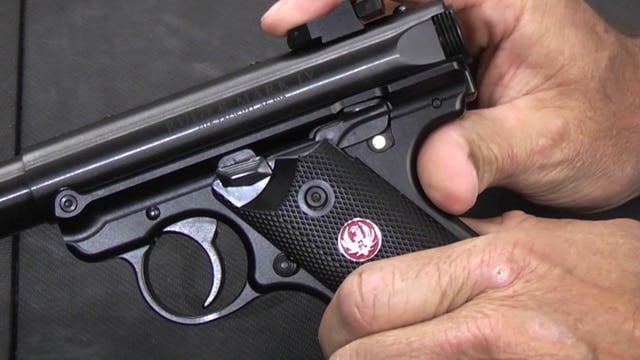 A Ruger Mark IV, like the the company recalled.

“We are able to retrofit approximately 1,000 pistols per day and we are working through the backlog of folks that have already signed up,” he said during a conference call last week. “We thank our loyal customers for their continued loyalty to Ruger and for their patience.”

Ruger discovered a flaw with the Mark IV’s safety mechanism in early June and encouraged owners with affected guns to sign up for retrofitting.

So far, no injuries due to the safety malfunction have been reported, Killoy said. Affected models include the Mark IV Target, Hunter, Competition, 22/45, 22/45 Lite and 22/45 Tactical. For more information about the recall, click here.

Killoy said in a press release Wednesday Ruger raked in a net profit of $25 million between April 1 and July 1 — 44 percent less than second quarter 2016.

The dismal results come after a strong first quarter for the company, which reported $167.4 million in sales — a 3 percent decline over first quarter 2016, when consumer fears of impending gun control stoked demand.