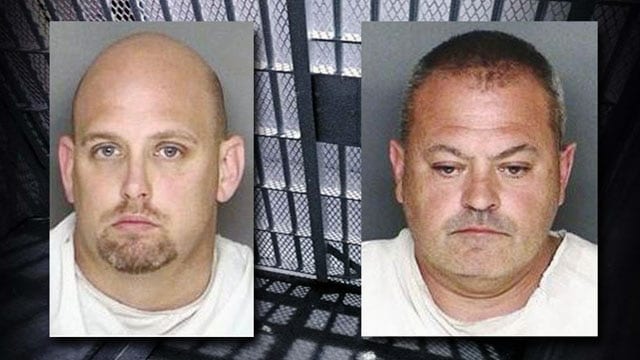 Two former deputies in Texas face up to 10 years behind bars after pleading guilty to stealing several dozen weapons from an evidence room and pawning some of them or selling them on the Internet.

Thomas Glen Smith, 50, and Philip Gary Slaughter, 42, both pleaded guilty to one count of possession or sale of stolen firearms, according to a news release from the U.S. attorney’s office in Texas.

Smith and Slaughter worked in the evidence room at the Ellis County Sheriff’s Office. In Nov. 2015, Slaughter obtained a court order to destroy hundreds of firearms being held in the evidence room. But they didn’t destroy all of them, and instead stole about 40 of the weapons, before trying to sell them at local pawn shops or using Facebook to try to find buyers.

In April 2016, law enforcement searched Slaughter’s home in Midlothian, Texas, and found at least 10 firearms that were taken from the evidence room, according to court records.

Smith and Slaughter resigned from their law enforcement positions last year. Both face up to 10 years in federal prison and a $250,000 fine.