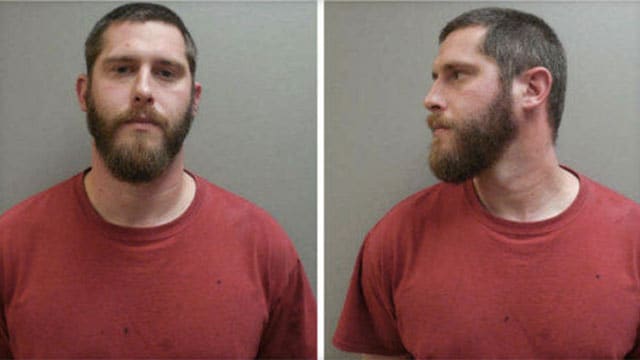 Following a more than 72 hour manhunt, an Ohio inmate accused of rape who escaped during a prison transport last week was found at his parents’ home in Antwerp on Monday, when he chose to take his own life rather than be taken into custody.

Acting on information gathered during the investigation, multiple law enforcement agencies went to the home around 6 p.m. in an attempt to apprehend 32-year-old Branden Powell. Powell was found in the crawl space of his parents’ home and multiple attempts were made to bring him out and place him in custody, but Powell refused to comply.

Because the investigation is ongoing, authorities did not provide further details surrounding Powell’s death.

Powell, who was arrested last month on rape and sexual battery charges, became the subject of a multi-agency manhunt after he overpowered a deputy and stole his .40-caliber service pistol and 30 rounds of ammunition, along with the deputy’s wallet and cell phone.

Authorities say Powell was able to free himself in the back of a prison transport van well enough to place the deputy in a headlock, causing the van to crash. Powell then got to the deputy’s weapon and freed himself before forcing the deputy to handcuff himself to the steering wheel.

Officials noted that Powell and the deputy were alone during the transport and, unlike most transport vehicles, there was no barrier between the front of the van and the passenger compartment.

The deputy, who was not seriously injured, was transporting Powell back to jail after his release from the Northwest Ohio Psychiatric Hospital in Toledo. Powell was apparently taken to the facility for treatment after he sliced his own throat with a razor.

“He had a plan to escape. He had a mindset to escape,” Landers said.

A woman who identified herself as Powell’s aunt, but did not want to provide her name, told reporters the family was shocked and confused by Powell’s recent behavior. She said he was a nice guy, who would do anything for anybody, but that he needed help.