Louisiana detective jumps into canal to save fleeing suspect 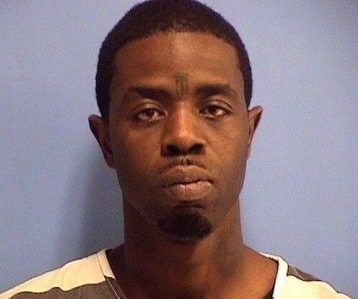 A Louisiana detective with the St. Tammany Parish Sheriff’s Office leaped into a canal Thursday to save a suspected drug dealer who was trying to flee.

According to the sheriff’s office news release, after being rescued 31-year-old Kyle Anderson was then arrested on several drug, firearms and other charges and was locked up in the St. Tammany Parish jail.

The incident started Thursday night when detectives with the STPSO Narcotics Task Force, conducting an undercover operation, attempted to arrest Anderson in a restaurant parking lot in the Slidell area. Anderson then fled in his vehicle, and a high-speed chase ensued that ended in Anderson slamming head-on into another sheriff’s vehicle.

After crashing, Anderson fled the vehicle, ran away and jumped into a nearby canal. Flailing in the water, he immediately started yelling for help, saying that he didn’t know how to swim. One of the detectives then jumped into the canal, swam out to the suspect and brought him back to shore.

A female passenger in the car was injured and was taken to a local hospital. No charges have been filed against her, but the investigation is still active.