Police: Doctor tried to buy shotgun before leaping to his death at Bronx hospital 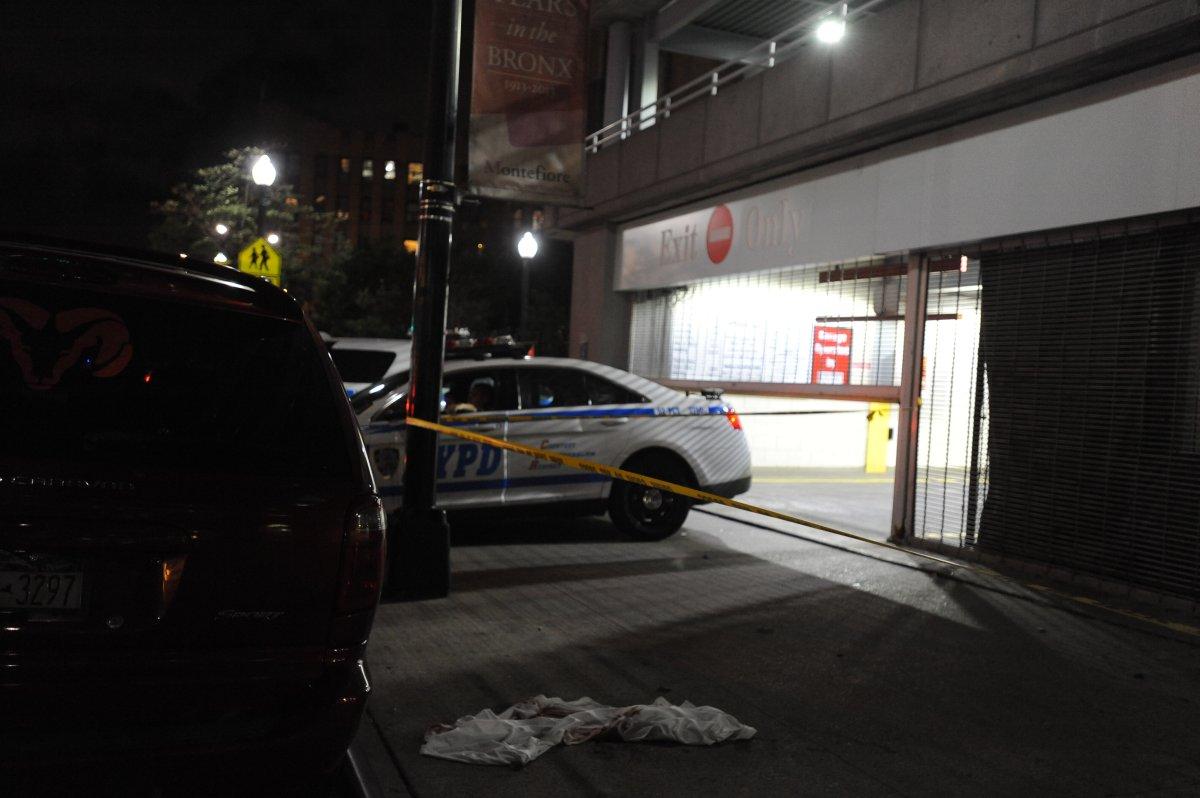 Police at the scene where a doctor jumped to his death Friday (Photo: New York Daily News)

A doctor suffering from depression allegedly tried to buy a shotgun before driving to the Bronx hospital where he used to work and jumping to his death.

After Dr. Gabriel Goodwin jumped off the parking garage at Montefiore Medical Center on Friday, police searched his vehicle and found a large knife, trench coat, and receipt that shows Goodwin tried to purchase a Benelli Nova pump-action shotgun at a Long Island gun store before driving to the hospital, the New York Daily News reported.

A police source said the purchase was not completed and that it was unclear if that was due to Goodwin’s mental health issues or if there was a problem with his credit card. Detectives have not yet determined the 35-year-old doctor’s intent and are still working on the investigation.

“We’re still investigating his recent actions,” a police source told the Daily News. “Right now, we’re treating it as an apparent suicide. There’s no indication that he was planning anything involving other people, that we’re aware of.”

The incident had some eerie similarities to that of the hospital shooting that occurred on July 1 at Bronx-Lebanon hospital, in which Dr. Henry Bellow showed up to his former workplace and shot seven people, killing one doctor, before fatally shooting himself.

While the shotgun is an unusual choice if Goodwin were only planning to commit suicide, Goodwin’s wife, a 42-year-old pediatrician, said she believed her husband only wanted to harm himself.

“I don’t know what happened that day,” said Dr. Shelly Waldman-Goodwin, 42. “But I know for sure that he wanted to harm himself and no one else. He never had a problem with anyone. He would not hurt a fly.”

His wife also believed the attempted gun purchase was likely not completed due to his mental health problems.

“I would like to see the laws changed so that if someone is unable to buy a gun because of their mental illness, the police are alerted and someone responds and evaluates,” she added. “I think this could save many people’s lives.

“If that had happened, I think my husband would still be alive.”

Goodwin, an anesthesiologist, left Montefiore two years ago after his residency and was supposed to return to work there after his mental health issues improved. He lived in Huntington, Long Island, and had three young children.