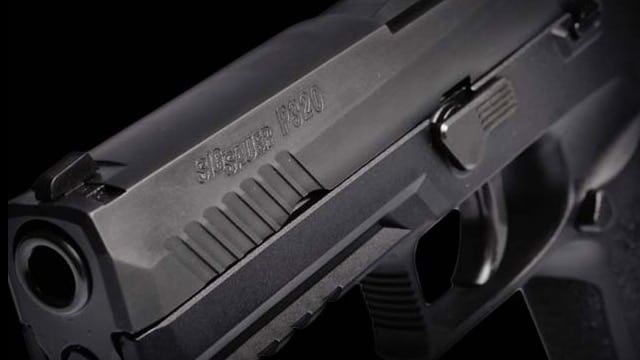 Responding to increased scrutiny of its P320 handgun design, gun maker Sig Sauer said Tuesday it will offer an upgrade to owners concerned about the design’s drop safety.

Details about the voluntary upgrade to improve the overall safety of the weapon will be available on Aug. 14, according the New Hampshire company’s statement, adding the changes are the result of input from law enforcement, government and military customers.

Sig reassured customers that while it will offer the upgrade, the P320 design and its drop safety does meet industry and government safety standards, and the handgun has passed rigorous testing. Both descriptions were verified by an independent review published Monday, which also found that the design will discharge if dropped at a specific angle not included in the testing.

It’s unclear what the company’s upgrade will include, as the company did not specify in the statement nor did it identify the root cause of the drop safety issue.

According to the independent test, by Omaha Outdoors, the physical weight of the trigger (as opposed to trigger pull weight) may be causing the handgun design to discharge when dropped. However, the discharge only occurs “with the bore in an upward direction and the frame and the slide contact the ground at the same time, the trigger continues to move to the rear and the pistol will fire.”

Sig last week aimed to dispel rumors that the P320 had a safety issue after a memo by the Dallas Police Department came to light. Dallas officials suspended use of the design by its officers, saying Sig had identified a defect in the handgun that could cause the gun to discharge if dropped.

The P320 was selected earlier this year as the U.S. Army’s Modular Handgun System, beating out competitors Glock, Smith & Wesson and Beretta for the contract. Glock challenged the $580 million contract award, but the government dismissed the company’s claims.

Sig is currently embroiled in a lawsuit regarding another pistol design, the P229, which New Jersey State Police say the handguns sent under contract have been continuously malfunctioning.