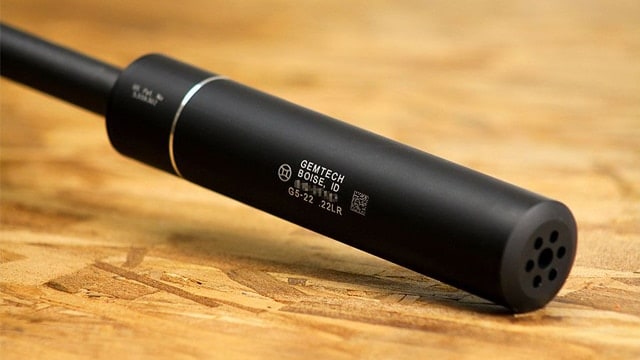 American Outdoor Brands, the holding company for gun maker Smith & Wesson, completed its $10 million acquisition of Gemini Technologies this week, according to a statement released Monday.

The rugged outdoors conglomerate first announced its plans to acquire the suppressor manufacturer last month — one of many new companies to join AOBC’s growing portfolio of brands.

“Gemtech is widely recognized for producing some of the finest rifle and pistol suppressors in the market,” said James Debney, president and CEO of AOBC, in a July 5 press release. “Gemtech’s strong product development capabilities, combined with our experience in brand management and our manufacturing expertise, will help us to efficiently develop both firearms and suppressors, minimizing our time to market for both product categories.”

He described the acquisition as “opportunistic” and “allowing us to enter the suppressor category, which resonates strongly with our core firearm consumer, at a time when the market is particularly soft.”

The company said Monday federal regulations restricting the sale of suppressors would spread out the “integration and ramp up of Gemtech products” throughout the course of its remaining fiscal year.

AOBC earned a “record-breaking” $903.2 million through the end of its fourth quarter, a 25 percent increase overall. Debney offered investors a conservative projection for AOBC’s 2018 earnings, forecasting as much as a 17 percent dip due to a promotion-heavy sales environment still ongoing.

Debney announced July 13 the company would also take over Fish Tales, an Arizona-based company manufacturing “premium sportsman knives,” including the Bubba Blade, as it makes its foray into the fishing accessories market.