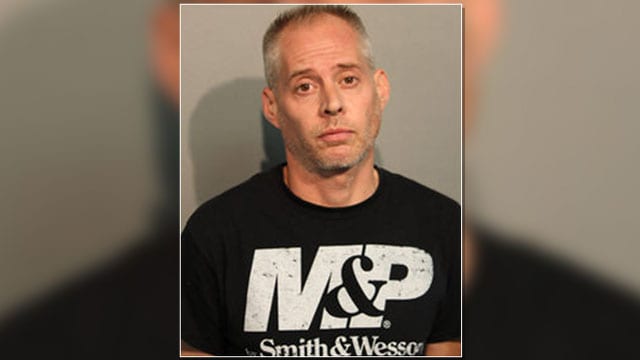 A 43-year-old man from Illinois is facing multiple charges following an incident with a mail carrier in a Chicago suburb in which he shoved a mail cart into the mail carrier then pulled a gun on him.

Stephen Casica was walking his dog Thursday morning when he witnessed the mail carrier roll through a stop sign in his neighborhood. Casica and his dog then followed the 32-year-old mail carrier until he stopped the vehicle nearby.

Once the postal worker was outside of his vehicle, Casica confronted him and an argument ensued. However, the altercation turned physical when Casica shoved a mail cart into the worker, then pulled out a 9 mm handgun and aimed it at the mail carrier, who, in turn, raised his hands and slowly stepped away from Casica.

According to Assistant State’s Attorney Lorraine Scaduto, Casica threatened to shoot the postal worker before finally walking away with his dog.

Before Casica returned to his home, he was confronted by authorities. According to an arrest report obtained by DNA Info, upon seeing the officers, Casica put his hands up and said, “I was the one who did it.”