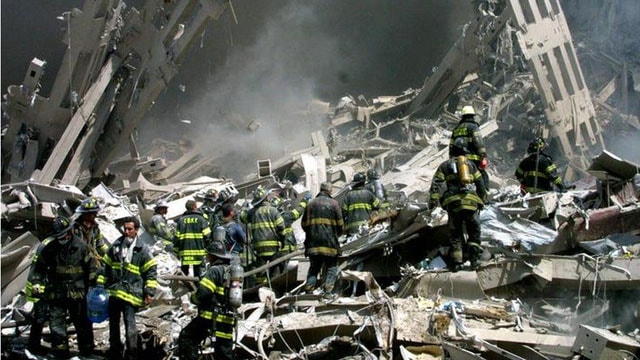 Rescue workers search through the rubble that remained after the attack at the World Trade Center on Sept. 11, 2001. (Photo: AP)

The remains of a victim from the September 11 attacks on the World Trade Center have been positively identified, the New York City medical examiner’s office said Monday.

At the request of the family, the name of the victim will not be released, although sources confirmed with the New York Post that the victim was a male and not a police officer, firefighter, or other first responder.

The remains of the victim were positively identified through retesting of DNA. The last 16 years have brought about a number of advances in DNA technology and, with it, retesting of remains previously recovered.

Following the attacks, very few fully intact bodies were found, although more than 21,900 pieces of human remains were recovered from Ground Zero. The unwavering effects of the heat, bacteria, and chemicals from the explosion and subsequent collapse of the towers have made analyzing the remains difficult.

More recently, the medical examiner’s office has used a process which requires pulverization of remains to extract DNA, which is then analyzed alongside DNA collected from families of the victims. While some remains have been tested – and retested – 10 or more times, the majority of the tests have resulted in DNA being matched to victims who were already previously identified.

Aside from the more than 2,700 people who lost their lives that day at the Twin Towers, over 1,100 more people have since died and an estimated 50,000 sickened as a result of 9/11-related illnesses.