New bill bans pistol sales unless they can microstamp their bullets 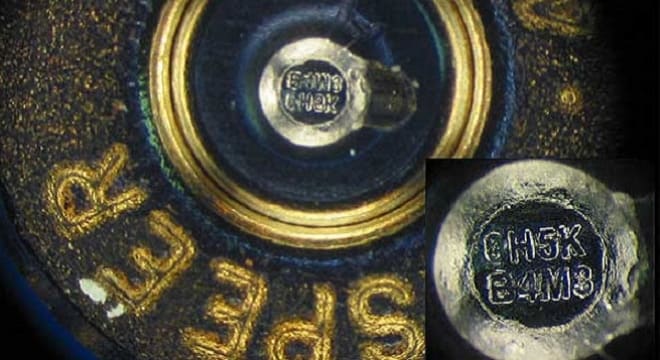 A dozen House Democrats are backing a measure mandating pistols sold by licensed dealers be capable of stamping a code on their ammunition at firing.

Introduced as the Make Identifiable Criminal Rounds Obvious (MICRO) Act last month, the proposal would strip the ability of federal firearms licensees to sell pistols that do not carry the controversial microstamping technology. Backers argue that as much as 40 percent of murders go unsolved due to lack of evidence, which the bill is meant to address.

“We must do everything we can to ensure gun violence can be investigated and prosecuted to the fullest extent of the law,” said the bill’s author, U.S. Rep. Anthony Brown, D-Md., in a statement. “Microstamping offers law enforcement the chance to track bullet casings to the source of the crime, and is one more step we can take to ensure the safety of the American people.”

Brown’s measure, entered as HR 3458, prohibits FFLs from manufacturing, selling, or transferring semi-auto handguns, unless they are capable of microstamping ammunition. Though California adopted a microstamping requirement as part of their 2007 unsafe handgun modification requirements, implementation was delayed until 2013 when California Attorney General Kamala Harris announced the technology had passed hurdles that kept it from being viable.

This resulted in a lawsuit brought in 2014 by the National Shooting Sports Foundation and the Sporting Arms and Ammunition Manufacturers’ Institute, who insisted the legal requirement for semi-auto handguns to mark cartridges with a microscopic array of characters, that identify the make, model and serial number of the pistol upon firing was, “impossible to accomplish.” The groups argued that the technology was unproven in actual field conditions and easy for criminals to defeat.

With the ongoing litigation in the hands of the California Supreme Court, and no semi-auto pistols using microstamping for sale by the state, the number of approved guns on the state’s handgun roster is shrinking. Eight years ago the number of guns on the roster stood at over 1,400. Today it holds 766 models, made up mostly of revolvers which are exempt from microstamping. This has lead gun rights groups to paint the mandate on the technology as an “incremental ban on firearms.”

California Attorney General Xavier Becerra, who authored similar legislation while he was in Congress in 2008, is standing behind the restriction.

“Microstamping is a smart, effective, and constitutional technology that can help keep criminals off the streets and reduce gun violence,” Becerra said in a statement released by Brown’s office. “It is time for the rest of the nation to follow suit.”

“NSSF is currently challenging in state court California’s microstamping mandate because it is impossible to comply with the requirements of California’s law,” Keane told Guns.com. “The law never requires the impossible. Every independent peer-reviewed study of this nascent patented technology has concluded it is not ready for use as a crime solving tool. We have held the position, and still do, that this technology is unreliable, easily defeated and simply impossible to implement.”

Keane argues the current state of the technology does not allow for imprinting on the hard surface of the cartridge casehead or to imprint consistently and reliably legible unique identification information on a casing primer from the tip of a firing pin.

“NSSF has consistently called for further study of this technology instead of imposing a legislative mandate that amounts to a ban on new models of pistols,” said Keane.

The MICRO Act has been referred to the House Committee on the Judiciary and has 12 sponsors, all Democrats.