Old .45 slug found inside head of bear that was no worse for wear 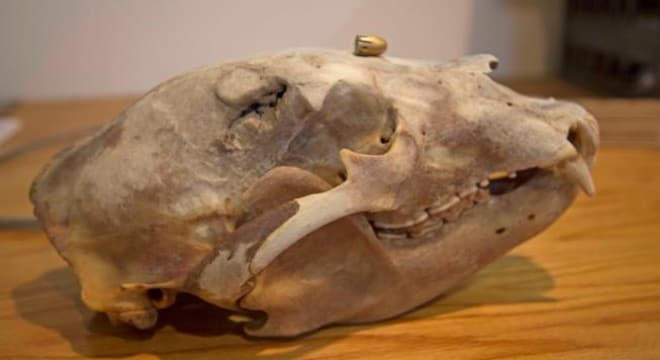 The bullet grazed the skull to the left, and exited between the eyes but didn’t penetrate the brain cavity. When the bear was later harvested, it didn’t even have a scar (Photo: Bear Hunter Magazine)

When a North Central Arkansas bowhunter harvested a pretty good-sized black bear last season, he was in for a surprise when he cleaned the bruin.

As told by Bear Hunting Magazine, Brandon French took the animal with a compound bow on private land last fall. While it brought him a respectable 19 10/16” Pope and Young score, he also found a couple of things curious about said smokey. Besides birdshot peppered in the bear’s fat, French discovered a spent .45-caliber bullet resting under the fur between the bear’s eyes.

“The bear had been shot at a quartering-away angle. The bullet hit the bear (presumably from ground level) a couple inches behind the eye and passed behind it, exiting between the eyes – but the bear lived. The bullet didn’t penetrate the brain cavity,” said the magazine. “Who knows who shot the bear or what the circumstances were, but somebody has a good story – and we’ll probably never know it.”

In the below image, you can see the bulge of the .45 slug between the animal’s eyes. 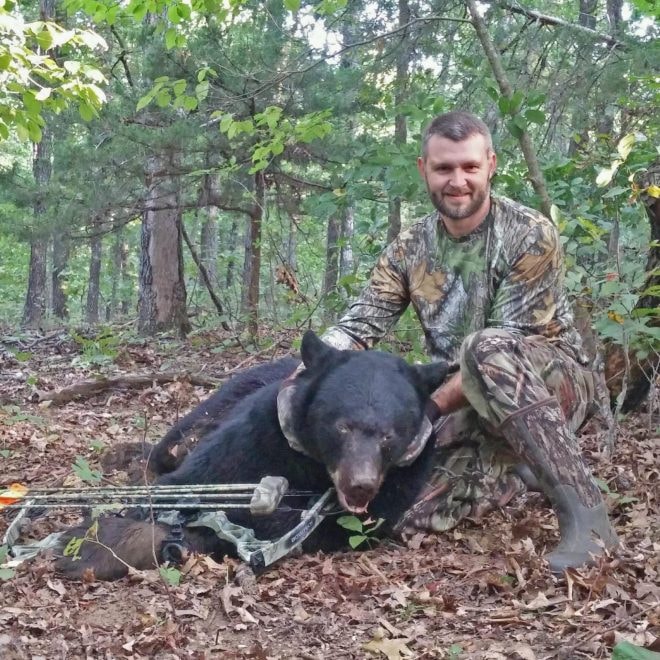