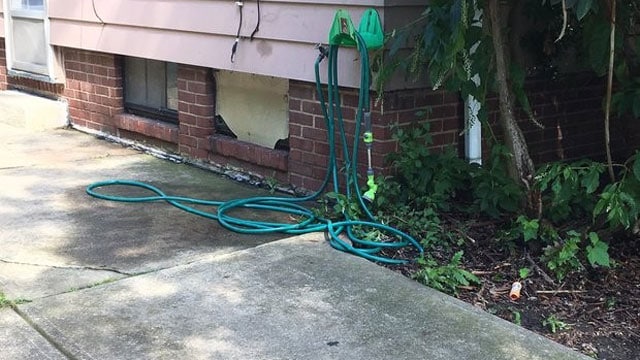 The man’s body was found on the driveway. (Photo: Cleveland.com)

A young boy on his way to take out the trash Sunday morning made a gruesome discovery in the driveway outside of his Cleveland home.

“When he came back inside he said, ‘Mommy, there’s a dead body in the driveway,'” said the 8-year-old boy’s mother, Dejenaba Lockett.

Although the identity of the deceased victim – or many other details of the crime – have not been publicly released, authorities said the male was in his 20’s. His death, which appeared to be the result of a gunshot wound to the chest, is being investigated as a homicide.

Lockett said she did not recognize the victim and he was not there when she went outside around 9:30 a.m., about two hours before her son went outside. She also noted that she had music on inside the house and did not hear any sort of commotion outside.

Authorities did not say whether they believed the victim was shot outside of the house or if his body was simply dumped there.