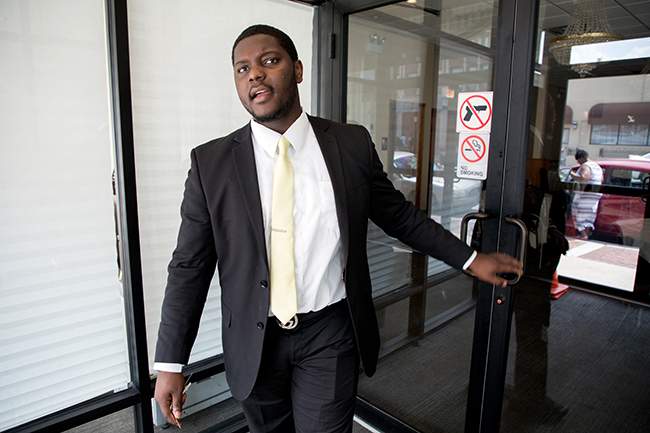 A Chicago teen is finding an escape from all the gun violence in a unlikely place–a local funeral home on the Windy City’s south side.

For 18-year-old DaQuan Mosley, a recent high school graduate, Leak & Sons Funeral Homes in the Chatham neighborhood offers both a refuge from gunfire and a career path, WBEZ reported.

Mosely grew up in Englewood, one of the most violent neighborhoods in Chicago, where seeing dead bodies was a part of life. He said he knew people who had been shot and killed and tries to drive everywhere he goes to avoid being caught in the crossfire.

After his grandmother’s funeral in September 2016, Mosely himself was shot at while trying to walk home with his sister. Luckily, neither was injured in the shooting.

Mosely, who insists he’s just a regular guy who likes to do all the normal things other teenagers do, started at the funeral home a year ago with a part-time internship and is now on track to get his degree in mortuary science at Southern Illinois University.

Despite having to tend to bodies of murder victims, he said he felt blessed the funeral home had offered him a safe place to be over the past year. Earlier this summer, he made a stop at the funeral home on his way to meet up with some friends at the 31st Street Beach, when he received a phone alert that two 16-year-olds had just been shot on that very same beach.

“That’s where I was on my way to,” Mosley said. “That’s why I feel like this place has really blessed me, gave me the opportunity to not be out here on the streets, not to be at the beach being a target, not to be on the corner being a target, or standing on my own block taking my trash out being a target. I’m just grateful.”

After he graduates from college, Mosely plans to come back to Englewood and start his own funeral home. He hopes his business can invest in the neighborhood and help to bring peace to the community where he grew up.