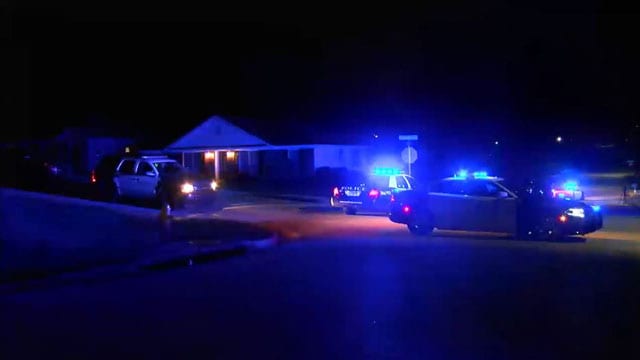 A 23-year-old man was shot and killed by a homeowner after he broke into a house in Columbus, Georgia, Monday night.

According to reports from local media, authorities identified the deceased suspect as Derrick Cureton, of Phenix City, which is located just outside of Columbus.

Police were called to the home just before 10 p.m. and when they arrived, they found Cureton, who was pronounced dead at the scene. As is standard protocol, Cureton’s body will be taken to the Georgia Bureau of Investigation crime lab for an autopsy.

The initial investigation suggests the shooting was an act of self-defense by the homeowner during a confrontation with Cureton, according to Lt. Greg Touchberry.

The break-in has some area residents on edge at the thought of such activities happening so close to home.

“That scares me,” one neighbor, who did not want to be identified, told reporters. “It scares me because a lot of people in this neighborhood are single parents.”

She said the thought of a parent being home alone with their children while an intruder tried to break in is “pretty scary.” The woman said she has a security system and “tons of door locks,” but she still wonders if it’s enough.

Although she made no mention of owning a firearm, the woman indicated she would have reacted the same as her neighbor who shot Cureton.

“If somebody broke into my house and I had to protect my family, I’d do the same thing that person did,” she said. “I’d shoot them if they were going to hurt me or my family.”

Several other neighbors, none of who wanted to appear on camera, told reporters there have been a number of recent break-ins in the neighborhood, but authorities did not indicate that Cureton was believed to be responsible for any of those.

However, records indicate Cureton had a prior criminal history that included at least four prior burglary convictions from 2010 to 2013. Each of the convictions resulted in jail time, with Cureton’s most recent conviction causing the prosecutor to seek recidivist punishment, according to reports from the Ledger-Inquirer. However, further details of that case were not available.