Over 100 NFA weapons up for grabs at upcoming event (PHOTOS)

With a selection that includes a rare Hanel SMG, a Johnson light machine gun, and a British proof-marked BAR, Rock Island has a truckload of fun stuff at their September auction. The event has well over 100 select-fire or otherwise full-auto Class III transferrable machine guns up for grabs. Here are some of the more exciting specimens we saw:

The bell of the ball would be this early WWII M1941 Johnson light machine gun in 30.06. These storied weapons, with their side-loading 30-round mags and folding bipods, were produced in small quantities but served with such elite groups as the Canadian/American 1st Special Services Force, USMC Raiders, and Paramarines. Estimated Price: $40,000 – $60,000 (Photos: RIA) 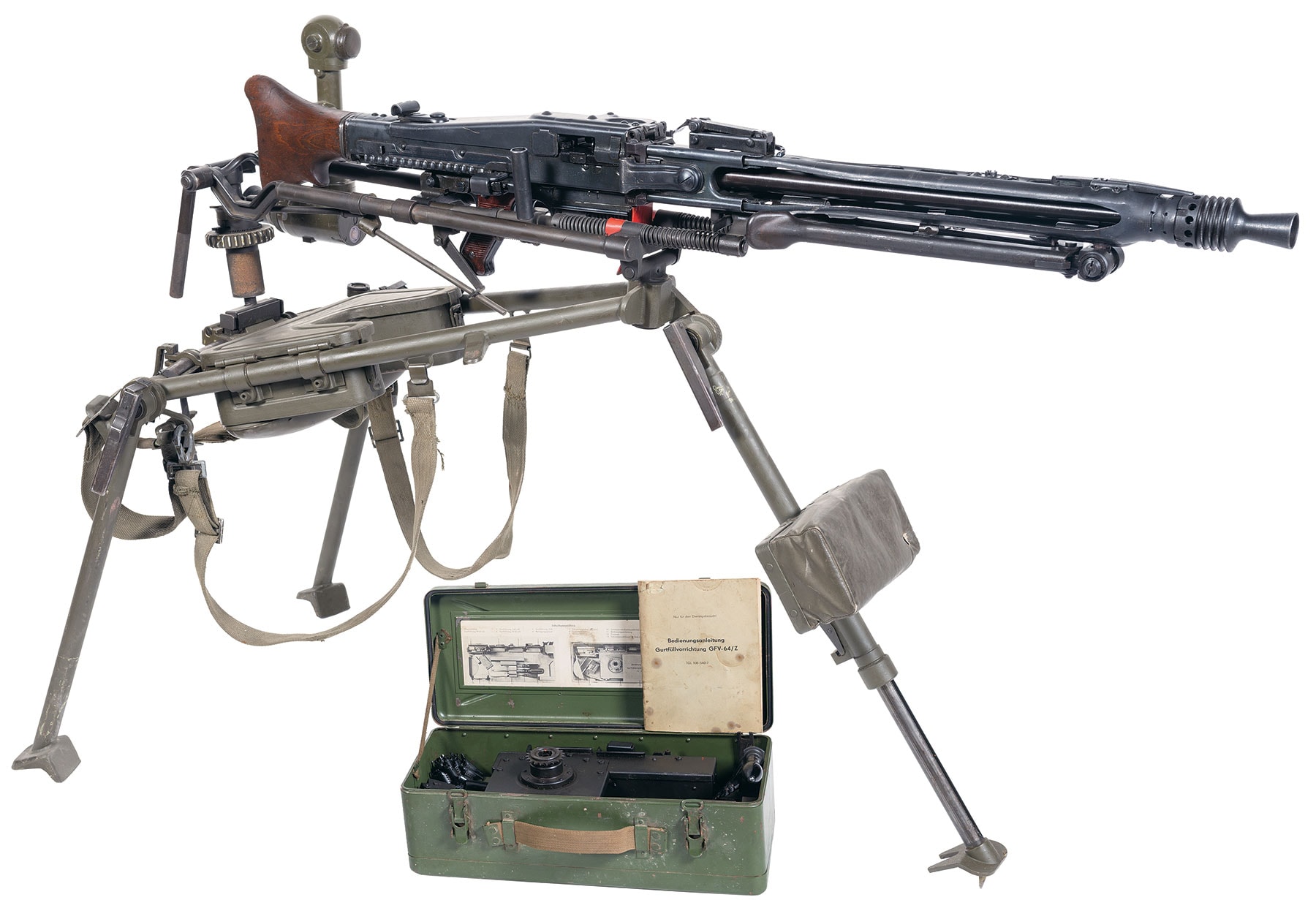 Although never adopted by the German military– who used the more common MP38 and MP40 sub guns– this WWII-era MP41 was manufactured by the C.G. Haenel company and was actually based on Schmeisser patents, so it is deserving of the moniker. This rare 9mm SMG is $30-45K.

Omaha Chief of Police, John J. Pszanowski bought a 10-pack of early Colt-made Thompson Model 1921 submachine guns in 1930 just in case he ran into characters such as the Dillinger gang and apparently was very proud of these .45ACP Tommy guns– because this one is has a wealth of department marks. Think of it as character. RIA has no less than six NFA registered Thompsons up for auction, but this one is among the nicest of the litter. Estimated Price– $27,500 – $42,500.

If you want something less well-marked, there is this beautiful World War II U.S.-inspected Auto-Ordnance M1A1 for about half the price.

Marlin-Rockwell made a number of M1918 Browning Automatic Rifles (BARs) during World War I and this model, a true 1918 vintage example, escaped later modifications into the M1918A2 standard. Interestingly, it has British proof marks.

A product of the mind of firearms design wonk Eugene Reising, this Harrington & Richardson made experimental select-fire rifle (serial X26) is a 7.62x51mm NATO battle rifle is an improved M14 variant likely produced while the company was under contract to the government to produce the standard model. You aren’t likely going to see another one of these anytime soon.

If you want an actual factory original M14 battle rifle, they also have this H&R formerly used by the Department of Energy. Estimated Price: $22,500 – $35,000

For those who like to precision shoot but also like to have a fun-switch for if things get weird, how about this Heckler & Koch G3SG/1, which is an accurized G3 complete with a Schmidt & Bender 1 1/2-6x optic and functional three-position trigger pack. Ja! Estimated Price: $22,500 – $35,000

Though it is marked “United Defense Supply Company” this Model UD M.42 9mm submachine gun was actually manufactured by the Marlin Firearms company for contracts in WWII. Most went overseas and never came back, making these pretty scarce today. Estimated Price: $12,000 – $18,000

And now for something completely odd, how about an SWD Cobray M-11 subgun that has been converted to fire from a 50-round Calico Liberty helical magazine. It’s just $6-9K.

If something more modern is on your wishlist, they also have a half-dozen transferable select-fire M16s as well as a host of UZIs and MP5s. The auction is set to run Sept. 9-10.