Report: More than half of guns recovered in Mexico in 2016 untraceable 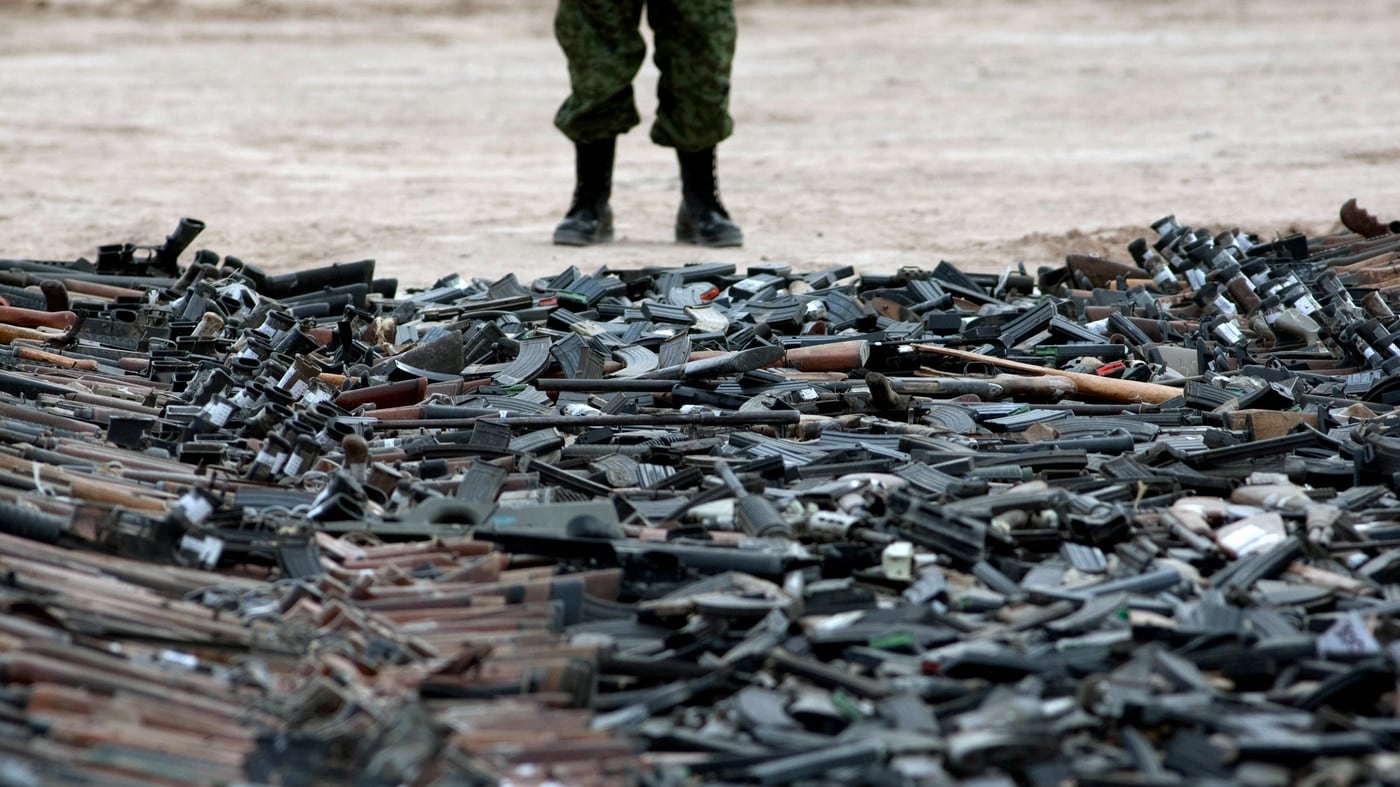 Thousands of guns lie on the ground before being destroyed in Ciudad Juarez, Mexico, in 2012. (Photo: AFP/AFP/Getty Images)

Just over half of the guns recovered in Mexico in 2016 are untraceable, according to a federal report published this week.

While overall traces for guns found in Mexico declined 24 percent over 2015, unsuccessful traces hold steady at 51 percent, according to report findings. Authorities traced more than 13,000 guns from Mexico last year, with just over 46 percent leading back to retailers in the United States. The remaining 2 percent traced back to foreign countries.

The report offered several explanations for the untraceable guns, including missing or incomplete paperwork provided by a federally licensed firearms dealer, obliterated serial numbers, or recovering guns “too old to trace.”

“The success of a trace result, whether domestic or international, relies upon the accuracy of the supplied firearm identifiers,” the agency said in the report. “The necessary identifiers for a trace include manufacturer, importer (if applicable), model, caliber and serial number.”

Traces for guns recovered in Mexico have declined 41 percent over the last six years, according to report findings. Pistols represent half of the 13,452 guns recovered last year, followed by 3,585 rifles and more than 2,000 revolvers.