Suspect in fatal shooting of Missouri cop captured thanks to tip 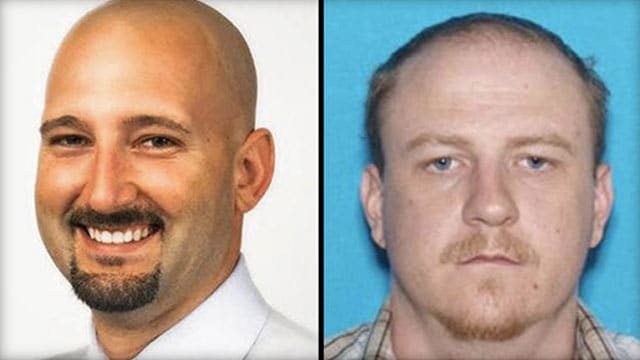 Authorities on Tuesday located the man accused of killing a police officer during a traffic stop in Clinton, Missouri, Sunday morning.

The Missouri State Highway Patrol confirmed just after 10 p.m. Tuesday that the suspect, Ian McCarthy, 39, was in police custody after a two-day, multi-agency manhunt. He is charged with first-degree murder for the shooting death of Clinton police officer Gary Michael.

McCarthy was found thanks to a tip from an alert driver who noticed him wandering down a highway about 15 miles from where the shooting occurred. About 100 law enforcement officers responded to the driver’s call, and McCarthy was arrested without incident, according to reports from the Associated Press.

McCarthy, who suffered a gunshot wound during an exchange of gunfire with Michael, was transported to the hospital before he was taken to the Henry County jail. McCarthy apparently crashed his vehicle while fleeing the scene of the shooting, before taking off on foot. Authorities previously recovered a spent .223-caliber casing from the abandoned vehicle, but Missouri Highway Patrol Sgt. Bill Lowe confirmed McCarthy was unarmed when he was captured and the weapon has not been recovered, according to The Kansas City Star.

At this point, authorities have yet to determine a motive for the shooting, but McCarthy had a violent and tumultuous past and was wanted since 2013 on a warrant out of New Hampshire.

Nonetheless, Lowe said McCarthy’s capture resulted in “a tremendous amount of relief” and hopes it will provide some closure for Michael’s family.

“There’s no words we can say or express to his family, how sorry we are,” Lowe said, previously noting that, “Officer Michael was heroic to the end.”

Michael’s brother, Chris, said the family is relieved McCarthy was captured alive, so “justice could be served.” He called McCarthy’s capture a positive step in the mourning process.

“We’re just extremely thankful to the citizens of Henry County and citizens of Clinton that continued to give us tips and information. Without that, we may still be looking for him,” Lowe said.

“I also want to say thank you to the Clinton community for the outpouring of your support to law enforcement during this very difficult time,” Karsten said. “Please continue to remember and support the Clinton Police Department as well as the family of Officer Gary Michael.”

A candlelight vigil honoring Michael was planned for Wednesday night. The Clinton Police Department confirmed visitation will be held Friday, and the funeral will be Saturday with a public viewing scheduled before the service.

Michael, who had been with the department for less than a year, leaves behind a wife, three children, and a grandchild.