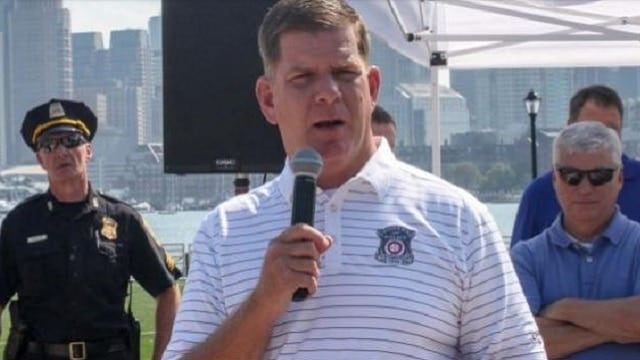 The city of Boston announced the launch of a new online guide to gun ownership in the city, meant to engage lawful gun owners in the public safety conversation.

The gun ownership guide, announced by Mayor Walsh and Executive Director of Arms with Ethics Casey Woods, is meant to give law-abiding gun owners easy access to information regarding how to apply or renew Massachusetts firearms identification cards and licenses to carry and how first time applicants can fulfill the necessary training requirements.

The guide also has details on carry restrictions in Boston, best practices for safe gun storage, and reminders to inform authorities when you change addresses as a gun owner.

The Boston plan was announced in conjunction with three other pilot initiatives in Burlington, Vermont; Hartford, Connecticut; and Worcester, Massachusetts.

Burlington’s focus will be aimed at bringing law enforcement departments together to form a data-sharing program for crime gun trace data in the region. Hartford hopes to address gun thefts by working with pistol permit holders in the area and will conduct further research on gun-theft prevention, while Worcester will ask law enforcement, gun dealers, and medical community members to work together to support gun owners with mental health or addiction issues.

“We know that in Boston and throughout New England, one illegal gun is too many. Together, we will continue to make progress on taking illegal guns off our streets, making each and every city and town safer,” Mayor Walsh said in a statement. “This summit reflected our shared determination to turn regional dialogues into action, and we will keep working with our partners to end gun violence in our neighborhoods.”

According to data from the U.S Centers for Disease Control and Prevention’s National Center for Injury Prevention and Control, Massachusetts had the lowest 2015 gun death rate, with 213 deaths or 3.13 per 100,000 residents, the Boston Globe reported.